A man arrested by DNA for a 1983 brutal murders 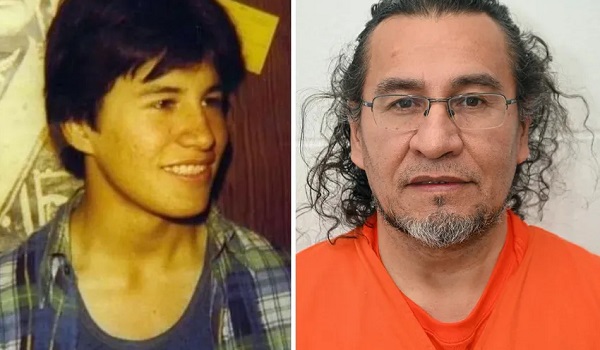 A man arrested by DNA for a 1983 brutal murders

After almost 39 years, Toronto Police homicide detectives have arrested a 61-year-old man in the shocking 1983 murders, in connection with the gruesome murders of two Toronto women nearly 40 years ago.

Police said DNA linked Joseph George Sutherland to the deaths of Erin Gilmour, the daughter of a wealthy Toronto businessman, and Susan Tice, a mother of four. Both women were killed inside their homes in 1983.

Detectives were able to connect both crime scenes through DNA evidence in 2000.

Sutherland, who was living in Moosonee, Ont. — nearly 20 hours north of Toronto on James Bay, was arrested on Thursday and brought back to Toronto the following day with the assistance of the OPP, police said.

He was living in Toronto at the time of the killings.

Sutherland is charged with two counts of first-degree murder and will make his first court appearance on Dec. 9.

“This [arrest] demonstrates that the Toronto Police Service will never give up on finding people who commit crimes in our city.”

Det. Sgt. Stephen Smith, the lead investigator on the case, said that because Sutherland has been living in Ontario for 39 years since the murders, investigators are going to look into “every possible connection” to any other cold case throughout the province.

“This guy was never on our radar,” he said. “He had no criminal record and without the technology, frankly, finding him would have been like finding a needle in a haystack.”

As in the investigation, detectives used DNA for genetic genealogy that can — at the very least — identify family members of an accused killer. Once the family has been identified, detectives begin work there, eliminating tens of millions of possible suspects.

“It was still a lot of shoe leather,” Smith said. “But once the results came back we started eliminating possibilities and zeroed in on the suspect.”

Cops have long been on the cusp of solving the Gilmour-Tice murders. The two disparate slayings were linked in 2011 by DNA that revealed both women were killed by the same man.

In Toronto alone, Smith said, there some 700 cold cases — 43 of which have a link to known offender DNA.

Erin Gilmour, the daughter of mining magnate David Gilmour, was 22 years old when she was stabbed, strangled and sexually assaulted in her Yorkville apartment on the night of December 20, 1983.

She lived alone above the store she had been working at on Hazelton Avenue in Toronto. Her boyfriend would make the grisly discovery at approximately 9:20 p.m.

Four months earlier, and fewer than three kilometres away, Tice, a social worker and mother of four, had recently moved from Calgary. She was found dead in her ransacked home on Grace St., near College and Bathurst Sts.

Her body was in her upstairs bedroom. She had been raped and stabbed numerous times. Tice was a social worker working with disadvantaged kids and cops believed she had been dead for several days.

Police believed the killer had some sort of link to the area. In 2011, they said the killer was between 18 and 35 years old at the time of the crimes, making him in his mid-50s or early-70s today.

“This is the most complicated case I’ve worked on in my career,” Smith said.