A Newmarket senior couple lost $100K in a grandparent scam 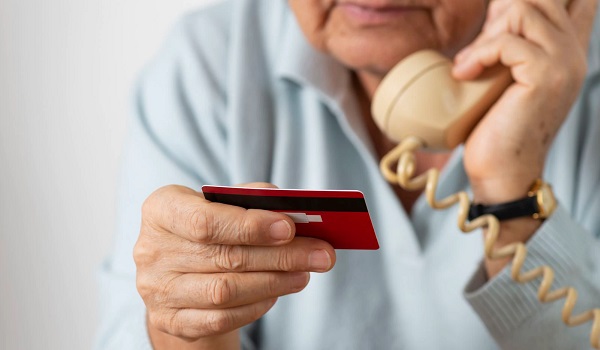 A Newmarket senior couple lost $100K in a grandparent scam

York Regional Police say an elderly man who became a victim to a “grandparent scam” lost almost $100,000 in a scheme that happened between March and May.

Police said they have released a video with the victim on the scam detailing the events to help raise awareness about this type of fraud and hopefully prevent others from becoming targets.

Calling himself “Nicky”, the 81-year-old from Newmarket talked about how he and his wife lost nearly $100,000 in an elaborate scheme that took place over three months.

In March 2022, someone pretending to be their grandson called the couple. The “grandson” claimed he was a passenger in a friend’s vehicle when they were pulled over by Toronto police for speeding. He claimed he and his friend were both subsequently arrested when police found illegal narcotics and a gun in the car.

The “grandson” was only allowed to talk to the couple for a few minutes, and said he and his friend were being held on bail.

A second person claiming to be an RCMP officer then took over the call, confirming their grandson’s story, and telling the couple that the judge had issued a “gag order” because of the illegal drugs and informed the couple they were not allowed to discuss the issue with anyone, including other family members.

“We didn’t think of it being not true. So with all that emotion, we decided that yes, we would help him, and we let him know that,” Nicky said in the video, seen on camera talking to investigators.

In the video, “Nicky” is talking to Det. Sgt. Glenn Wright, who heads York Regional Police’s Financial Crimes Unit, and Det. Cst. Leanne Guthrie, an investigator tasked with supporting victims and family members during the investigation.

The scammers soon gained the couple’s trust, and over the next few months convinced them to send four separate payments totalling nearly $100,000 in order to help the person they believed was their grandson.

Police say “Nicky” and his wife are just one example of the many York Region residents who have been victims of fraud this year, with more than 50 reports of grandparent scams in 2022 alone, a 100 per cent increase from the previous year. And investigators believe there may be more victims in York Region that have not come forward to report being victims of fraud.

“Since 2019, victims have suffered collective losses nearing $1 million and this worsening trend is of great concern to the police and the community,” said police in a news release Thursday.

Three days ago, police in St John have arrested four people allegedly involved in a scam targeting senior citizens in the area.

This “grandparent scam” involved people posing as lawyers, police officers and clergy, calling seniors to say “their grandchildren were either in an accident or in jail requiring cash to help them.”

Police said they received reports of incidents this Monday afternoon and stopped the suspects in two separate cases. The group was also reported to be in the Fredericton area.

The police would like friends or family members to reach out to seniors that they know and notify them of this scam.