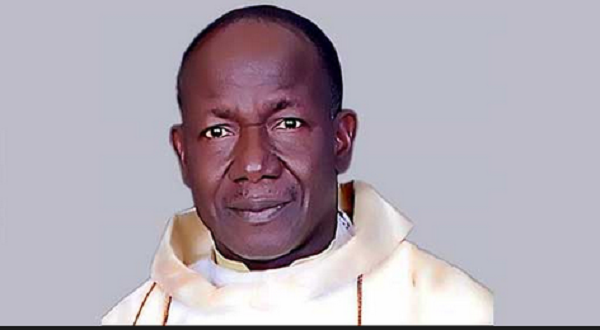 A Nigerian priest was burned alive in his home in the country’s north on Sunday, police said.

Rev. Isaac Achi was killed in the Paikoro area of Niger state after gunmen failed to break into his house and instead set it on fire, said Wasiu Abiodun, the police spokesman. A second priest living in the compound escaped with a gunshot wound to his shoulder, he said.

“Unfortunately, the bandits reportedly attempted to gain entrance into the residence, which seemed difficult,” so they “set the house ablaze” and the Catholic priest burned to death, Wasiu said.

The attacks sometimes target religious figures such as clerics. In July last year, Rev. John Mark Chietnum was killed after he was kidnapped in the northwestern Kaduna state.

Niger state Gov. Abubakar Sani Bello said the killing signaled that no one was safe. “These terrorists have lost it and drastic action is needed to end this ongoing carnage,” he said.

Nigeria’s Christian Association has asked authorities to investigate and do more to protect civilians. “Enough of the attacks and wanton killings of innocent Nigerian citizens,” said Bulus Yohanna, the association’s chairman.

This article was first reported by AP

The arrival of Russians in Mali er...

No survivors found so far after Ne...