As advance polls open ahead of provincial election, leaders urge Quebecers to vote 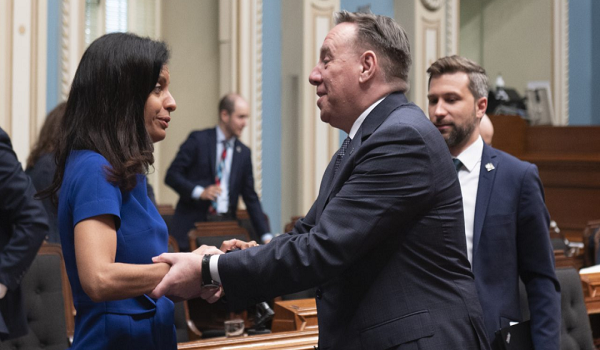 As advance polls open ahead of provincial election, leaders urge Quebecers to vote

Quebec’s political party leaders are urging voters to head to the urns as advance voting opens across the province.

Advance voting is cancelled today in Îles-de-la-Madeleine as the remote eastern island chain deals with the effects of post-tropical storm Fiona.

Élections Quebec said late Saturday that voters in the islands can vote on the second advance polling day tomorrow if weather permits.

St-Pierre Plamondon and Legault have both said they intend to visit Îles-de-la-Madeleine on Monday if conditions allow.