California massive shooting in Lunar New Year led to 10 dead, including the suspect

California massive shooting in Lunar New Year led to 10 dead, including the suspect

Investigators scrambled on Monday to discover why a 72-year-old gunman opened fire in a California dance hall popular with older patrons and killed 10 people before fatally turning a gun on himself hours later.

Los Angeles County Sheriff’s Department identified the suspect as an adult Asian man, about 5 feet 10 inches and weighing 150 pounds. An image showed the man in a black leather jacket, beanie and glasses.

Los Angeles County Sheriff Robert Luna said， “We still are not clear on the motive.”

Officials worked into Monday trying to identify the 10 people he killed Saturday night at the Star Ballroom Dance Studio in Monterey Park, about 11 km east of downtown Los Angeles. Another 10 people were wounded and seven remained hospitalized late Sunday.

Tran’s rampage could have been far worse. About 20 minutes after the shooting in Monterey Park, he entered another dance club in the neighboring city of Alhambra. There, two patrons wrestled a weapon away from the septuagenarian before he could get a shot off. Tran then fled.

“I can tell you that the suspect walked in there, probably with the intent to kill more people, and two brave community members decided they were going to jump into action and disarm him,” Luna told reporters in a Sunday evening briefing.

About 12 hours later, police officers in the city of Torrance, 20 miles southwest of Monterey Park, approached a white cargo van Tran was driving. As officers neared the van, they heard a single gun shot from inside when Tran killed himself.

Luna did not identify any of the victims but said the five men and five women appeared to be in their 50s, 60s and beyond. The sheriff said the pistol Tran used was likely illegal in California, where state laws ban any magazine holding more than 10 rounds.

Tran had been living at the Lakes at Hemet West, a mobile home park whose sign billed it as “A 55+ active living community,” according to a public record and law enforcement sources. A security guard turned away a Times reporter at the front gate Sunday night.

“I still have questions in my mind, which is, what was the motive for this shooter? Did he have a mental illness? Was he a domestic violence abuser? How did he get these guns, and was it through legal means? Well, those questions will have to be answered in the future,” U.S. Rep. Judy Chu (D-Monterey Park) said during a Sunday night news conference.

The shooting took place around the location of a two-day Chinese Lunar New Year celebration where many downtown streets are closed for festivities that draw thousands of people from across Southern California.

Monterey Park Police Chief Scott Wiese said the first law enforcement responders on the scene were “some of my youngest officers,” several of whom had only been on the street for only a few months.

“When they came into the parking lot, it was chaos. There were wounded people. There were people trying to flee out all the doors,” Wiese said.

They entered the building within a few minutes of arriving, Wiese said, and came across a scene of carnage “that none of them had been prepared for.”

As news about the shooting spread, some in the tight-knit community of Monterey Park feared it was a hate crime targeting Asians. The city has for decades been a destination for immigrants from China. Around 65% of its residents are Asian, according to U.S. Census data.

Chester Chong, chairman of the Chinese Chamber of Commerce of Los Angeles, described the city of about 60,000 people as a quiet, peaceful, beautiful place where everybody knows each other and helps each other.

“People were calling me last night, they were scared this was a hate crime,” Chong said at the scene.

The gunshots were mistaken by some for New Year fireworks, according to Tiffany Chiu, 30, who was celebrating at her parents’ home near the ballroom.

“A lot of older people live here, it’s usually really quiet,” she said. “This is not something you expect here.”

Wong Wei, who lives near the scene of the shooting, had four friends who were at Star Ballroom Dance Studio on Saturday night, including his sister. He had been invited to go but decided not to.

Wei said one of his friends was injured in the shooting and was lying on the ground with blood on her face.

The gunman was holding a long gun and appeared to be firing indiscriminately, Wei was told. The “boss” of the studio, referred to as Ma, had also been shot and was on the floor.

“She said, ‘Certainly, he was dead. He wasn’t moving,’ ” Wei said. He wasn’t sure about the condition of his friend or whether she had been hospitalized.

Seung Won Choi, who owns a seafood barbecue restaurant on Garvey Avenue across from where the shooting happened, said three people rushed into his restaurant and told him to lock the door.

He said there was a man with a semiautomatic gun in the area. The shooter had multiple rounds of ammunition, so that once his bullets ran out he reloaded, Choi said.

Winn Liaw, 57, said she lives about two blocks from the studio and was in bed shortly before 11 p.m. Saturday when she heard what sounded like firecrackers. She assumed they were part of a Lunar New Year celebration until she heard helicopters starting to circle her neighborhood.

She had woken early Sunday to check out the setup for the celebration that had been planned for later in the day when she learned about the shooting. Liaw said she is worried the shooting may have been motivated by anti-Chinese hate — a fear she said has been heightened by anti-Chinese rhetoric during the pandemic.

“This kind of thing doesn’t happen in my neighborhood,” she said, adding that she thought living in a mostly Asian community would insulate her from violence. “It’s starting to get worse and worse.”

Dance instructor David DuVal taught at the studio, most recently samba and tango on Thursday morning.

He said that the studio has Saturday night parties and that a lot of people who attend are older. “Sixties would be young.”

“There’s definitely going to be people in their 70s, 80s, people in their 90s,” he said. “A lot of people I teach are older people. I have a feeling it could be one of them or people I know.”

DuVal said he learned what happened Saturday night over WeChat. He reached out to one of his students, who was there and hid under a table. His student said she saw a man with a “long firearm.” She doesn’t know what he looked like.

DuVal said there are couples who have been going there for a decade or more, many who are retired; some are in their 90s “and still dancing.”

“It’s old people dancing to music for fun. It’s their exercise,” he said.

President Biden was briefed on the shooting Sunday morning.

“Jill and I are praying for those killed and injured in last night’s deadly mass shooting in Monterey Park,” Biden said in a tweet.

L.A. Mayor Karen Bass said her “heart goes out to Monterey Park and the families and friends of those lost.”

“The reports coming out of Monterey Park are absolutely devastating,” Bass said. “Families deserve to celebrate the holidays in peace — mass shootings and gun violence are a plague on our communities.”

The shooting is one of the worst in modern Los Angeles County history. One of the last mass shootings of this scale happened Christmas Eve in 2008, when a man dressed as Santa Claus entered a home in Covina, armed with five handguns. Nine people were killed in that rampage, including the gunman’s former wife and her parents. The gunman took his life hours later.

Other recent mass shootings in California include the massacre at a San Ysidro McDonald’s in 1984, where a gunman killed 21 people; and the terrorist attack that resulted in 14 deaths in San Bernardino in 2015.

In 2018, 12 people were killed during a mass shooting at the Borderline Bar & Grill in Thousand Oaks.

Saturday’s shooting comes five days after six people — including a 10-month old baby, his 16-year-old mother and a grandmother — were killed in the Central Valley farming community of Goshen in Tulare County.

This article was reported by the Globe and Mail and LA Times. 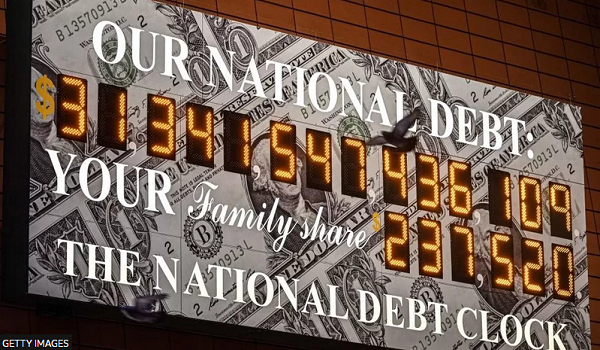