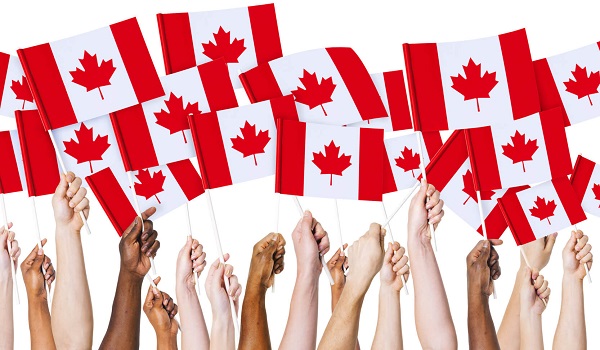 According to Statistic Canada projections, Canada will add 13 million new citizens over the next 19 years

Canadian immigration levels are currently at their highest since the era just before the First World War, when mass immigration was used to homestead the prairies. Just last year, Canada brought in 401,000 new permanent residents.

One result of this influx, according to new projections from Statistics Canada, is that Canada will be home to as many as 50 million people by 2041. It’s twice as high as the Canadian population as recently as 1980. It also means that over the next 19 years, we’ll be adding enough new Canadians to equal the present-day equivalent of all of Western Canada (the combined population of Alberta, B.C., Saskatchewan and Manitoba was 11 million in the last census).

Naturally, adding 13 million extra Canadians over the next 19 years is going to result in some pretty large demographic shifts – which the number crunchers at Statistics Canada also took time to calculate. We rounded up some of the highlights below …

According to Statistics Canada, if the country’s current patterns of low birth rates and high immigration continue, by 2041 half of us will either be immigrants or the children of one. Immigrant families are already a pretty large demographic in Canada; 40 per cent of Canadians in the 2016 census were either first or second-generation immigrants. StatCan’s highest estimates are that this demographic will comprise upwards of 25 million Canadians by 2041, which could represent as much as 54.3 per cent of the total population.

Canada is already one of the most ethnically heterogenous countries in the developed world (one of the least heterogeneous, incidentally, is our Commonwealth cousin Australia). This trend is set to continue, and by 2041 StatCan projects that up to 40 per cent of the Canadian population will be non-white, and 25 per cent will have been born in either Asia or Africa.

As it has been doing for quite some time, Ontario is set to receive the largest share of the new influx. In the highest growth scenario projected by StatCan, Ontario will have more than six million new residents by 2041, raising the population to 21 million – with the result that the world of 2041 will have more Ontarians than it has Dutch people. Alberta and B.C., meanwhile, could each add more than two million. Quebec, however, will be adding only 1.5 million in a high-growth scenario, and as few as 100,000 in a low-growth projection.

It’s estimated that in 2041, most of the immigrants would continue to reside in a CMA (A census metropolitan area). Of these metros, the concentration of immigrants will be maximum in Montréal, Toronto, and Vancouver.

In 2041, the Greater Toronto Area (GTA) would keep up its status of being Canada’s most populous CMA. The GTA will be home to the largest chunk of the immigrant population.

Even as Canada adds two Irelands’ worth of new citizens, so few of them will be going to the Atlantic provinces that parts of the region are still poised to experience a net decline. Even in the most optimistic growth scenario envisioned by StatCan, Newfoundland and Labrador’s population is set to shrink by 11,000 people come 2041.

At the time of the last census, in 2016, there were almost exactly one million Indigenous people in Canada. By 2041, that could be as high as 1.8 million. There’s two factors driving the surge: Birth rates are generally higher in Indigenous communities, and more Canadians are identifying as Indigenous. Notably, this trend is going to be occurring virtually everywhere; there will be more Indigenous Canadians in both the cities and the country, and in both territories and the provinces. Both Saskatchewan and Manitoba could well count one fifth of their population as Indigenous by 2041; the highest rates since either provinces’ inception.

The details of new Canada Dental B...