Trending News
HomeNews1Canada Nuclear safety commission will be asked to extend the shutdown of the Pickering nuclear station to cover the electricity shortage: Report

Canada Nuclear safety commission will be asked to extend the shutdown of the Pickering nuclear station to cover the electricity shortage: Report 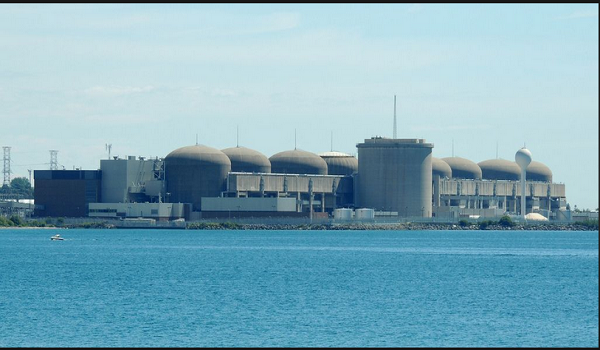 Canada Nuclear safety commission will be asked to extend the shutdown of the Pickering nuclear station to cover the electricity shortage: Report

The Ontario government will ask the Canadian Nuclear Safety Commission for an extension to run the aging Pickering nuclear plant until 2026 to cover a looming shortage of electricity, the Star has learned.

Although Energy Minister Todd Smith said as recently as last month there were no plans to seek an operating extension for past Pickering’s long-planned closure date of 2025, he will detail the application Thursday, sources said.

“We’re in a supply crunch,” said an informed source who confirmed the plan and spoke on condition of anonymity in order to discuss internal deliberations.

The extension request has been widely rumoured in electricity circles for months and comes amid increasing pressures for electrification of vehicles, home heating and other burners of fossil fuels to reduce carbon emissions that cause climate change.

At the same time, nuclear plants at Darlington, east of Pickering, and the Bruce facility on Lake Huron are refurbishing some of their reactors in stages, leaving less power available for the grid to meet the needs of homeowners, business and industries.

Four of those contracts were to plants that burn natural gas, and account for 90 per cent of the 746 megawatts being procured. Two other small contracts were for wind power and electricity storage.

Critics called the heavy reliance on natural gas — a fossil fuel — a blow to the fight against climate change and said it’s a result of Premier Doug Ford’s government cancelling 758 green energy projects soon after taking power in 2018.

Smith defended the natural gas-fired procurement that come on line in 2024 and 2026, saying they are with “existing generators at a 30 per cent saving to the ratepayers.”

“We have to make sure our system is reliable. We can’t experience brownouts that will discourage any investment in our province.”

Nuclear power is free of carbon emissions but does produce nuclear waste that must be carefully stored for centuries.

An industry analyst questioned why Ford’s government waited so long to seek the Pickering extension given recent reports from the IESO warning of a coming surge in demand after about 15 years of a surplus of electricity in Ontario.

“The pinch we’re facing is an electricity supply problem mid-decade where we’re going to be short power,” said the analyst, who spoke on condition of anonymity.

“If the demand the IESO forecast turns up we’re in big trouble.”

The government’s plan, revealed in 2020, had been to phase out the Pickering plant, owned by Ontario Power Generation, in 2025 and put it into a “safe storage” state by removing uranium fuel and water with decommissioning to start in 2028, a process that is expected to take 40 years.

Pickering, opened in 1971, is Ontario’s oldest nuclear power plant and a major employer. When its licence was renewed in 2018, Ontario Power Generation had spent about $75 million on maintenance.

The costs of extending the Pickering plant another year were not immediately available.

This article was reported by The Star