Trending News
HomeNews1Canada to guide the peace process in Cameroon

Canada to guide the peace process in Cameroon 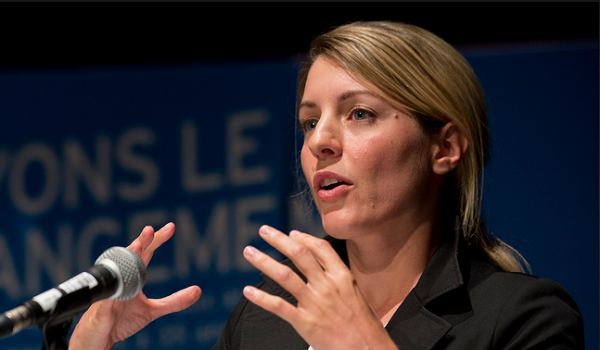 Canada to guide the peace process in Cameroon

The federal government says Canada will guide a peace process aimed at resolving the ongoing crisis in Cameroon where years of fighting and strife have displaced nearly 800,000 people.

Foreign Affairs Minister Melanie Joly says there is an agreement by groups in the west-central African country to enter a process to reach a comprehensive, peaceful and political resolution of the conflict.

She says civilians are bearing the brunt of the ongoing crisis, with more than 6,000 deaths since 2017 and 600,000 children do not have full access to

According to the United Nations, there has been continued fighting between state security forces and armed groups that has led to the killing and displacement of civilians, including attacks on schools and children.

“Canada has accepted the mandate to facilitate this process, as part of our commitment to promote peace and security and advance support for democracy and human rights,” Joly said Friday.

“The agreement to enter a formal process is a critical first step toward peace and a safer, more inclusive and prosperous future for civilians affected by the conflict.”

A government source said there were earlier meetings in Toronto and Quebec to allow for the negotiations to take place between the different groups.

The source said Canada is the only facilitator of the peace process.