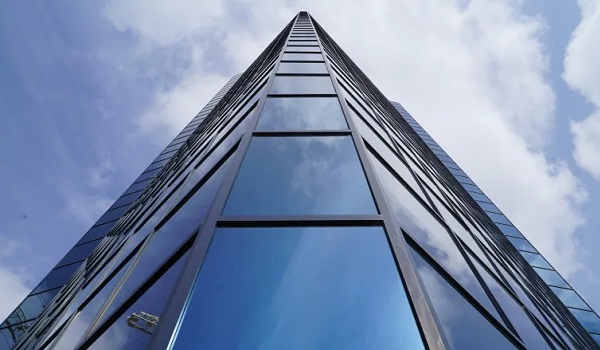 Empty offices globally should be converted to apartments to address a growing housing crisis in many countries, property executives told the World Economic Forum in Davos on Wednesday.

Commercial real estate values are sliding as an economic downturn reduces demand for space among cost-conscious companies, whose employees have been spending fewer days in the office since the COVID-19 pandemic.

But this could present an opportunity to address shortages of homes, property bosses said.

“Office buildings need to be converted to residential,” said Howard Lutnick, chairman and CEO of New York-based investment firm Cantor Fitzgerald, during a panel discussion. “They will become eyesores and they need to be fixed.”

Offices are emptier than official data suggests as most buildings are still generating income for landlords. However, as these rental contracts expire, cities like New York will have a significant number of obsolete buildings, said Christian Ulbrich, CEO of global property consultancy JLL Inc..

“So we have to repurpose those buildings in some form or fashion or they will be empty and will be taken down.”

Millions of workers were forced to work from home during lockdowns aimed at stalling the spread of COVID-19 in 2020. Bosses are now struggling to persuade many of those staff to give up the perks of home-working, Ulbrich added.

“You have a middle layer of managers and leaders who enjoy their home in the suburbs and don’t want to have to commute, and that obviously creates the issue of younger folk also not coming back,” he said.

But cities that have lost their Monday-to-Friday buzz could be reinvigorated if public authorities are willing to provide financial support in the conversion of under-utilised offices to homes, since repurposing existing buildings can be very costly, the panellists said.

The cost of making developments sustainable was also proving challenging, the panellists added.

“Low income housing can’t be green, it’s got to be cheap,” Lutnick said. “That is a deep conflict everywhere in the world… It’s very difficult.”

Nathalie Palladitcheff, CEO of Canada-based real estate company Ivanhoé Cambridge, said she was optimistic more buildings could be converted sustainably with investment in technology and materials.

Major employers are looking to get out of corporate leases.

Canadian tech giant Shopify has scrapped plans to move into a 243,000-square-foot space in downtown Toronto. Shopify laid off 10 per cent of its staff this fall and says it will focus on remote work.

As the demand for retail and office space has changed due to COVID-19, some landlords, particularly in major urban cores, are facing higher vacancies. This is an opportunity for property owners and communities to explore converting excess space into rental housing, enhancing the livability and affordability of urban communities.

Federal government plans to double our existing Budget 2021 commitment to $600 million to support the conversion of empty office and retail space into market-based housing. They will also work with municipalities to create a fast track system for permits to allow faster conversion of existing buildings, helping maintain the vibrancy of urban communities.

Google parent Alphabet to lay off...