Trending News
HomeNews1Coyote attacks on the increase in Burlington

Coyote attacks on the increase in Burlington 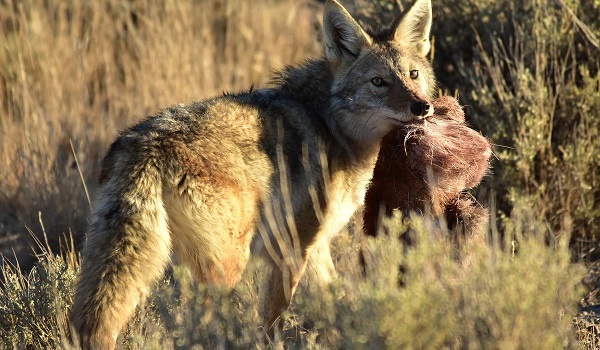 Coyote attacks on the increase in Burlington

Burlington’s mayor says she’s reached out to the province for help with the city’s ongoing coyote problem which now has a sixth case after a resident was attacked at a retirement home.

In a release Saturday night, Marianne Meed Ward told constituents the municipality’s crisis management team has been activated and that she’s spoken with the Minister of Natural Resources and Forestry over health and safety concerns from the recent unprovoked animal attacks.

The latest happened just after 8 a.m. on Saturday morning when a coyote attacked a resident on a patio at a home on New Street in the Roseland area.

“She was relaxing and awoke to the pain of the coyote biting her in the hip area,” city spokesperson Carla Marshall said in a release.

“The coyote was startled when she woke up but tried to approach her again. She was able to scare it away.”

The City of Burlington tweetered a notice on Sept 11, it has activated its Emergency Management Team due to six unprovoked coyote attacks on residents. The latest was reported to the City from a retirement home employee regarding one of their residents.

An employee at the retirement home says the small sandy-coloured animal bolted across New Street and into a neighbourhood.

The victim, Ingegerd Prydz, told Global News she had dozed off just outside the home when the coyote approached her.

‘I was asleep and then I woke up ’cause somebody bit me,” said Prydz.

“And then I pushed it away.”

Prydz was hospitalized briefly but is now back at her home as of Sunday.

She says the city has given residents in the home whistles and others small sticks for protection. They’re also partnering up when going outside.

“We want to assure residents we’re taking immediate actions to protect our community, including convening a crisis team and a special council meeting this week to implement our action plan,” Meed Ward said in a statement.

“We will be directing all available city resources … to respond to this crisis, including investigating and rectifying coyote feeding inquiries and dealing with overgrown derelict building sites that are contributing to this situation,” Commisso said.

Last month, city staff announced they were stepping up a campaign urging residents who see coyotes in their neighbourhood to report incidents online or through a call to the city’s animal control service.

They warned residents of a $300 bylaw fine for anyone hand-feeding or ground-feeding wildlife on private or public property.

Burlington animal control advised residents to use “hazing techniques” for residents to shoo away coyotes, including yelling loudly, waving arms, throwing small rocks and even spraying the animal with a garden hose or water gun filled with vinegar.

A number of southern Ontario municipalities, including Hamilton, Toronto and Niagara Region, have had to alert residents of coyotes in 2022 amid high-profile encounters with the wildlife.

In April, a Niagara-on-the-Lake woman had to fend off a coyote attack on her small Shih Tzu not far from her home on Gate Street.

Meanwhile, Toronto police shot a coyote in Bayview Village Park that same month after suspicions the animal may have bitten at least two people.

Amid a recent warning of sightings in the Eramosa Karst area, the Hamilton Conservation Authority advised residents to avoid walking dogs in that area.

From royal tours to charitable wor...