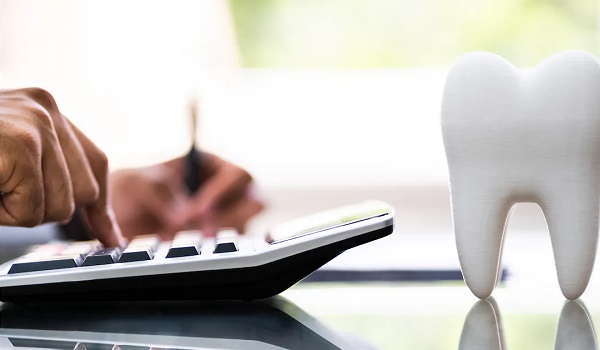 Canadians can now apply for federal assistance with the cost of their children’s dental treatment under a program that isn’t just a template for a national dental care system, but also part of the political template the government is using to stay in power.

It was “rushed” to meet a “self-imposed artificial deadline” set by the deal between the Liberals and the NDP.

The government began accepting applications for the new benefit Thursday, they said the program will have on children’s oral health and also the stretched-thin pocketbooks of so many Canadian families.

Families who earn less than $90,000 and don’t have private insurance can receive the benefit, which provides up to $1,300 over two years to cover out-of-pocket costs of dental care for children under 12.

NDP insisted on the implementation of a dental care regime as a condition of its deal to prop up the minority Liberal government, and was happy the program is up and running. NDP Leader Jagmeet Singh also offered via social media to help parents apply if they texted a number he had set up.

A leading social policy expert who has studied the new program tried texting that number, but noted on her own social media account that she didn’t get much information back.

“It’s almost like the symbolism that there is a dental benefit matters more than the substantive task of helping anyone to get it,” Jennifer Robson said.

Robson, along with economists Tammy Schirle and Lindsay Tedds, unpacked the substantive side of the benefit system in an essay published Thursday in the journal Policy Options.

They drilled down into holes they see, including that the new benefit is distributed based on income tax filings, which not all families have. They also said it relies on parents to sort out how much money they can claim and when, but on tax officials to verify whether what parents are saying is true. If it isn’t, the money can be clawed back.

“Is the value of this interim benefit for children’s dental care large enough to convince parents that it’s worth navigating the confused and confusing program design?” the researchers asked.

“Let’s wait and see, but our magic eight ball tells us: ‘Outlook not so good.’”

The outlook for the cost of the program is also murky. Earlier this fall, the parliamentary budget officer pegged the program’s price tag at $703 million, but in its fall economic update, the government said it will cost $938 million.

A Health Canada official told the Star on Thursday that the higher figure covers the costs of both the payments and of running the program.

The government estimates 500,000 children will benefit, and said a financial buffer has been built in should more apply.

The dental care program was packaged by the government into a suite of measures branded as an “affordability plan” it unveiled earlier this year, amid political pressure to address inflation that is driving up the cost of living for Canadians — but it has its roots in the supply-and-confidence agreement the Liberals and New Democrats signed in March.

The NDP, which has long called for universal dental care, won the creation of a program for low-income Canadians in exchange for agreeing to prop up the minority Liberal government.

The interim program for children was part of a law that also provides a $500 top-up for those receiving the Canada Housing Benefit, while other legislation doubled the GST tax credit for six months for low-income earners.

While the Conservatives supported the tax credit, they voted against the dental and housing benefits on the grounds that about 65 per cent of Canadians can get the cost of their dental care covered through private insurance.

But those who don’t have that financial support are three times more likely to avoid seeking dental care, a 2018 Statistics Canada study showed, and it is often lower-income families who fall into that trap.

Skipping preventative dental care can set the stage for problems down the road, experts have said.

Health Minister Jean-Yves Duclos said later Thursday that some 3,000 applications had been filed in the program’s first few hours, which is seen as a good sign of its potential reach.

The children’s dental benefit will likely roll into a universal program for low-income Canadians that is expected to launch over the next three years.

Ontario Dental Association president Dr. Lisa Bentley said the size and scope of that program is still being determined. However, she noted, patients need to know that doesn’t mean everyone’s trip to the dentist will eventually be paid for by the federal government.

And, Bentley warned, “If you delay going to the dentist for two years thinking it is going to be free in two years, little problems become big problems.”

Jennifer Robson, associate professor and program director of political management at Carleton University, said in an interview that the benefit might not live up to people’s hopes and expectations in making it easier for low- and moderate-income families to afford dental care for their children.

“I think it could discourage a lot of parents who might actually be the ones in need from applying,” she said. “You have to have filed a tax return, you have to be able to navigate the kind of government bureaucratic systems. So, some people are just gonna just select out and say, ‘You know what, it’s not worth it to me.’”

To receive the benefit, parents must have filed a 2021 tax return and must currently be receiving the Canada Child Benefit (CCB). They must also provide details of their child’s dental provider and expected appointment date when they apply through the online portal.

“This all comes back to the fact that there was this kind of self-imposed artificial deadline through the confidence-and-supply agreement,” said Robson. “There’s actually no external reason why it is absolutely essential that this benefit become available today. But that’s the deadline they set for themselves, and then they had to meet it.

“They made a thing. It exists. They can point to it and say, ‘Look, there is a benefit available that has many of the characteristics and qualities outlined in that agreement and was delivered before the end of the calendar year as promised.’”

This article was reported by the Star and National Post.

As a result of OSAP delay, an Onta...