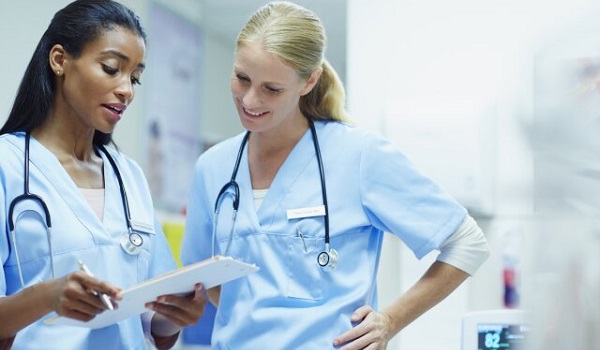 A report released by the Financial Accountability Office (FAO) reads that Ontario is facing high vacancy rates in public sectors and will need to both address those immediate challenges and ensure there are enough workers to fulfil its promises for the future.

Ontario will need more than 138,000 new workers in the public sector, long-term care, home care and child care over the next five years and may need to increase wages to attract enough people, the province’s financial watchdog says.

The FAO’s Mr. Weltman said that the province will need to hire an additional 138,669 employees in the private sector as well as long-term care, home care and child-care sectors in order to deliver its planned programs, including more than 28,000 staff in hospitals.

With wage growth well below inflation, he said the province may need to further increase wages to attract workers. A wage-increase projection taking inflation into account could see an additional $6.8-billion spent by the province over the next five years.

The Progressive Conservative government has committed to building 30,000 new long-term care beds by 2028 and increasing the daily hours of direct care, as well as expanding the home care system and creating 71,000 new child-care spaces as part of the incoming $10-a-day program.

In a statement, a spokesperson for the president of the treasury board Prabmeet Sarkaria said, “Today, the FAO confirmed that salary increases for unionized public sector employees have been consistent over the last decade. It also shows that the number of workers in hospitals has increased and will continue to grow under our government, compared to the previous Liberal government.”

The statement from spokesperson Ian Allen went on to reference steps taken to bolster the health care workforce, including giving nurses a $5,000-retention bonus and temporary wage enhancements for personal and development service workers.

“We’ll continue to make sure that we make the right investments where they’re needed so that the services Ontarians need and expect are there for them now and in the future.”

But overall, public sector wage growth in Ontario is below inflation and below average raises in the private sector, as well as municipal and federal employees in the province, the report said.

“As higher wages attract entry into the workforce from other sectors, provinces or countries, or by those recently retired or out of the workforce due to other reasons, the province may need to increase wages beyond the FAO’s base case assumption, to ensure sufficient staffing to maintain existing public services and meet program expansion commitments,” the report said.

Province reported $2.1B surplus for past fiscal year
The government does have some flexibility, financial accountability officer Peter Weltman said at a news conference, noting Ontario just reported ending 2021-22 with a $2.1-billion surplus.

“There is some fiscal room to manage or to certainly try to address some of the risks that we’ve highlighted in this report,” he said. “How the government chooses to use that fiscal room, of course, is up to the government.”

Wage increases for most public sector workers have been constrained for the past few years under a law known as Bill 124, which caps raises at one per cent for a three-year period.

Laura Walton, an educational assistant and president of CUPE’s Ontario School Boards Council of Unions, said in a statement that when it comes to CUPE’s proposed wage increase for education workers of $3.25 per hour in each year of its next collective agreement, “the government clearly has the money.”

“What the FAO report doesn’t address is the cost of not accepting our proposal, a cost born by my 55,000 education worker colleagues, our schools, and ultimately students and their families.”

Walton adds “the personal burden and financial uncertainty” faced by education workers “is why school boards across the province are in the midst of a recruitment and retention crisis.

“We cannot afford to limp along like this anymore with unfilled positions, students’ needs being neglected, and education workers forced to take on second and third jobs to make ends meet.”

The Ontario Nurses’ Association (ONA) said Wednesday’s report shows the Ford government is “stealing” some $9.7 billion in salaries from nurses, health-care professionals and public sector workers over the period covering 2019-2027.

“Common sense dictates that if there is a severe shortage of skilled nurses and health-care professionals, then there should be an immediate incentive to enhance their conditions of work, including workplace safety and salaries,” said Cathryn Hoy, president of the ONA.

“What we have instead is a government deliberately robbing nurses and health-care professionals of the wages they are owed, driving even more out of the system at the worst possible time.”

Bill 124 court challenge will cost province $8.4B over 5 years
Bill 124 is set to save the province $9.7 billion on public-sector salaries and wages, the FAO said, though a court challenge could all but wipe that out.

The province’s Superior Court heard arguments earlier this month from public-sector unions challenging the law as unconstitutional, arguing it infringes on their collective bargaining rights. The judge reserved his decision.

If that law gets overturned and repealed, it could cost the province $8.4 billion over five years, including a potential $2.1 billion in retroactive payment to the majority of workers already affected by Bill 124. Contracts for about 30 per cent of public workers have not yet entered a three-year period of being affected by the bill.

Bill 124 was enacted in 2019 when the government was trying to eliminate a deficit, and Peter Tabuns, the interim NDP leader, said the nearly $10 billion in projected savings will not have served Ontario well, suggesting the wage restraint is responsible for staffing shortages.

“If you’ve gone to an emergency room that’s been closed, if you’re one of the parents whose children is not getting pediatric surgery because of the backlog, because the hospitals are understaffed, you are not going to see this as a good thing,” he said.

John Fraser, the interim Liberal leader, said there are several reasons for staff shortages, but the government should still repeal Bill 124.

“Bill 124 is not the only reason we have this challenge, but it is something that’s under the government’s control and the government has stubbornly refused to do anything about it,” he said.

Inflation could also lead to an additional $6.8 billion in provincial spending on Ontario public sector employee salaries and wages through to 2026-27, the report said.

Most provinces have not made the N...