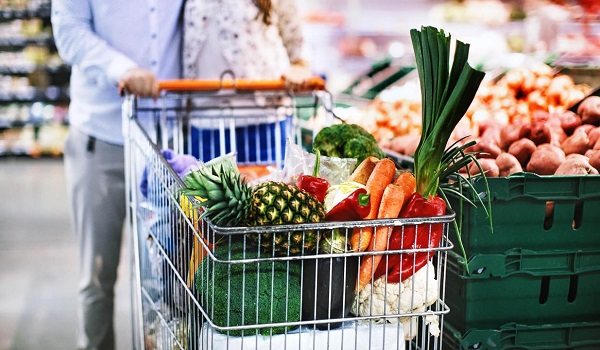 Federal NDP Leader Jagmeet Singh is calling for a parliamentary committee to investigate soaring profits at grocery chains, indicating that corporate greed or worse is inflating the already rising costs of food.

Singh said Tuesday that a probe is needed to uncover the root cause of corporate profits and CEO bonuses in the food and grocery sector.

He pointed to soaring food prices as other sources of inflation cooled as a sign of artificially high grocery bills.

NDP members have been trying to pin rising food costs on grocery chain CEOs, blaming “corporate greed” for driving inflation as prices increase at the fastest pace in decades.

Party leader Jagmeet Singh has taken to Twitter recently to call out the grocers. In response to a Financial Post report in which Empire Co. Ltd. boss Michael Medline said concern about grocery profits amid inflation was misguided, Singh took aim at Medline.

“The CEO of Sobeys, Michael Medline made $8.6 million last year — 15 per cent more than the year before,” Singh wrote on Sept. 16, accusing the chief executive of taking away workers’ hero pay during the pandemic.

Medline, who heads Canada’s second-largest grocery chain, had said during the company’s annual general meeting on Sept. 15 that assertions that big grocers exploit inflation for profit is “absolutely not true” and come from lazy “armchair quarterbacks” who know little about the food business.

“These reckless and incendiary attacks are meant to divide us, and sit in stark contrast to the collaboration and problem solving that we experienced in the darkest moments of the pandemic,” the chief executive said.

Empire, which runs 1,600 stores under the Sobeys, Safeway, FreshCo, IGA and Farm Boy banners, reported net income of $187.5 million in its most recent quarter, a slight change from the $188.5 million reported a year earlier.

“Corporate greed is cruel and it must be confronted with a windfalls tax forcing CEOs to pay what they owe,” Singh wrote in another Twitter post on Monday in which he outlined price increases for items such as bakery goods, fresh fruit and pasta.

Last week, the Bank of Canada acknowledged that while trends in Canada’s headline inflation were heading in the right direction, the pace of price increases was still too high.

The inflation rate cooled for the second month in a row in August, running at an annualized pace of 7.0 per cent, which is down from July’s reading of 7.6 per cent. This deceleration in the consumer price index was the largest since early in the COVID-19 pandemic, Statistics Canada said last week.

The price of groceries surged 10.8 per cent from the year before, the fastest pace since 1981, which the agency said was driven by extreme weather, higher input costs and the disruption of supply chains caused by Russia’s invasion of Ukraine.

“The price of food is sky-high and the wealthy CEOs of huge grocery chains are seeing record profits and millions of dollars in bonuses,” NDP’s MacGregor said in a statement Tuesday.

The recent inflationary environment is not the first time the grocery industry has been put in a spotlight during the pandemic.

The extra pay was rolled out by all major grocery brands in March 2020 for store clerks and warehouse staff who continued showing up to keep supermarkets running in the first few months of the pandemic.

NDP MP Alistair MacGregor plans to introduce the motion calling for a probe at the agriculture committee on Wednesday.

The poor performance of the stock...