Trending News
HomeBusiness & FinanceFTX purchased properties worth $121M US, With Bankman-Fried’s parents signatories to some

FTX purchased properties worth $121M US, With Bankman-Fried’s parents signatories to some 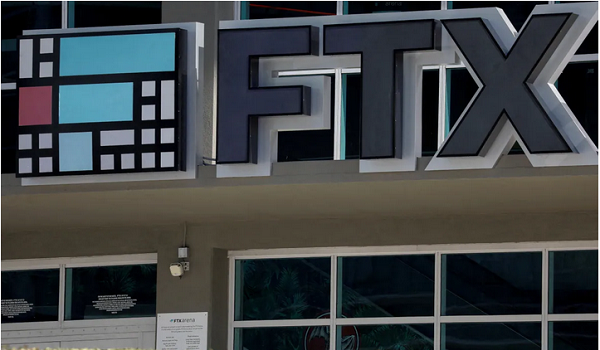 FTX purchased properties worth $121M US, With Bankman-Fried’s parents signatories to some

Old fort property shows founder’s parents, who are Stanford law professors, as signatories
Sam Bankman-Fried’s FTX, his parents and senior executives of the failed cryptocurrency exchange bought at least 19 properties worth nearly $121 million US in the Bahamas over the past two years, official property records show.

The properties, which include the site of an old colonial fort once used to protect against pirates, include mostly luxury beachfront homes, and seven condominiums in an expensive resort community called Albany.

The meteoric fall of the second-largest cryptocurrency exchange in the world has shaken the crypto industry.

FTX has a current total cash balance of $1.24 billion US, a court filing by advisers on the stricken crypto exchange’s restructuring showed ahead of U.S. bankruptcy hearings set for later on Tuesday.

Now more information is emerging about how FTX profits were spent.

The deeds Reuters found show that properties, previously bought by a unit of FTX, were to be used as “residence for key personnel” of the company. Reuters could not determine who lived in the apartments.
The documents for another home with beach access in Old Fort Bay — a gated community that was once home to a British colonial fort built in the 1700s to protect against pirates — show Bankman-Fried’s parents, Stanford University law professors Joseph Bankman and Barbara Fried, as signatories.

The property, one of the documents dated June 15 said, is for use as a “vacation home.”
When asked by Reuters why the couple decided to buy a vacation home in the Bahamas and how it was paid for — whether in cash, with a mortgage or by a third party such as FTX — a spokesman for the professors said only that Bankman and Fried had been trying to return the property to FTX.

“Since before the bankruptcy proceedings, Mr. Bankman and Ms. Fried have been seeking to return the deed to the company and are awaiting further instructions,” the spokesperson said, declining to elaborate.
1 million creditors face losses from FTX fall

While it is known that FTX and its employees bought real estate in the Bahamas, where it established its headquarters in September last year, the property records seen by Reuters show for the first time the scale of their buying spree and the intended use of some of the real estate.
FTX, which filed for bankruptcy earlier this month after a rush of customer withdrawals, did not respond to a request for comment. Bankman-Fried did not respond to requests for comment.

Bankman-Fried has told Reuters he lived in a house with nine other colleagues. For his employees, he said FTX provided free meals and an “in-house Uber-like” service around the island.

The collapse of FTX, one of the world’s largest crypto currency exchanges, has left an estimated one million creditors facing losses totalling billions of dollars.

Reuters has reported Bankman-Fried secretly used $10 billion US in customer funds to prop up his trading business, and that at least $1 billion US of those deposits had vanished.
In a U.S. court filing with the District of Delaware bankruptcy court earlier this month, John Ray, FTX’s new chief executive, said he understood that corporate funds of the FTX Group were used to “purchase homes and other personal items for employees and advisers.”

Reuters could not determine the source of funds that FTX and its executives used to buy these properties.
More property records

Reuters searched property records at the Bahamas Registrar General’s Department for FTX, Bankman-Fried, his parents and some of the company’s key executives.

Its most expensive purchase was a $30-million US penthouse at the Albany, a resort where Tiger Woods hosts a golf tournament every year. The property records for the penthouse, dated March 17, were signed by Ryan Salame, the president of FTX Property, and showed it was intended as “residence for key personnel.”

Salame did not respond to a request for comment.

Other high-end real estate purchases include three condominiums at One Cable Beach, a beachfront residence in New Providence.

Records showed the condominiums cost between $950,000 US and $2 million US and were bought by Nishad Singh, the former head of engineering at FTX; Gary Wang, an FTX co-founder; and Bankman-Fried for residential use.

Singh and Wang did not respond to requests for comment.

Two of FTX Property’s real estate holdings were marked for commercial use: an $8.55-million US cluster of houses that served as FTX’s headquarters, and a 4.95-acre plot of land on the coastline overlooking cyan waters that was also meant to be developed into office space for the crypto exchange.

The FTX headquarters is now unoccupied, with furniture pushed against some windows.
Its signage has been removed. The plot of land, which cost $4.5 million, also lies empty.

FTX’s fall from grace has sent shivers through the crypto world, driving bitcoin to its lowest level in around two years and triggering fears of contagion among other firms already reeling from the collapse in the crypto market this year.

Canada Economy Watch For The Week...