Giving tips could enhance faster delivery when ordering from apps 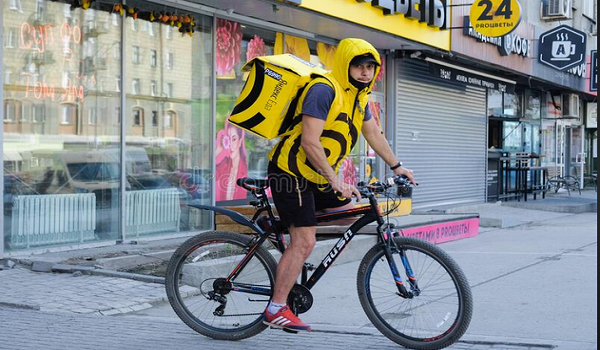 Giving tips could enhance faster delivery when ordering from apps

Couriers services like UberEats say tips make up a significant portion of their income
How much you tip when ordering on food delivery apps could influence how quickly you get your order, couriers say.

That’s because tips, which apps like SkipTheDishes, UberEats and DoorDash prompt customers to add before their order even arrives, make up a big part of their fare — and couriers are assessing whether your order is worth the trip.

“We make essentially nothing unless there’s tips involved. The base rate from these companies is between $2 to $3 [per order],” said Ashley, a driver in Montreal who shares her experience delivering for the apps on YouTube.

The services have made ordering food from restaurants easier than ever, creating a market for delivery that goes well beyond pizza and launching an entire economy of gig-based workers. According to pre-pandemic data from Statistics Canada, approximately one in 10 working Canadians was part of the gig economy.

Food delivery drivers are paid a set fee per delivery and don’t earn an hourly rate, meaning many couriers are looking for the best offer possible.

Higher-paying offers, which typically include a generous tip, get snatched up quickly, couriers said. Meanwhile, low-paying offers with a lousy tip or no tip in advance can bounce from one driver to the next.

“If I get an order for $3 and it says, ‘Go seven kilometres,’ I’m going to decline that. I never go more kilometres than dollars because I’m not going to make any money,” Ashley told CBC Radio’s Cost of Living. CBC is withholding her last name due to concerns she could be kicked off the platforms for speaking out.
Tips can make up between 40 and 70 per cent of delivery people’s wages, according to Gig Workers United, an organizing group for gig-economy workers supported by the Canadian Union of Postal Workers.

Half of gig workers use that work to supplement their income, while for the other half it makes up the sole source of their income, Statistics Canada reports.
Customers ‘bidding’ for faster delivery

Both UberEats and DoorDash say that they provide couriers information about their potential earnings for every order. SkipTheDishes did not respond to multiple requests for comment.

Brennan Tilley, a regular user of food delivery apps in Calgary, said that offering up a good tip ensures that he gets his food when he wants it. He sees it as a form of “bidding” for the fastest drop-off.

“The person that puts a $2 tip on [their order], the drivers don’t want their order and they take my order. So I’m quite happy with all these people that are refusing to tip because then my order moves the top of the pack with my tip,” Tilley said.

“It is definitely worth $10, $12, whatever it is, for someone to go grab that for me as soon as possible.”
It’s a system that labour advocates say underscores the lack of minimum wage protections for couriers delivering for app-based platforms.

“When we talk about tips being a necessary part of our income, they are because apps are actively working to reduce our rate of pay as much as is possible to increase their profit,” said Jennifer Scott, president of Gig Workers United.
The delivery method — driving compared to walking, for example — can also limit the number of shifts available to couriers, Scott added.

“I didn’t have the luxury of declining a low-paying offer because it might have been the only one that I got for an hour,” she said.

Some customers have found ways to game the tip-for-service system. On UberEats, customers have the option of offering a big tip — only to slash it within an hour of the order reaching the doorstep.

“That’s tip baiting,” said Ashley. “Because you might know that the driver can see the tip and you’re doing it to get faster delivery services.

“It happens left, right and centre. I [hear from] drivers that, I would say, one out of 20 orders are getting tip-baited. So I find myself very fortunate that it’s only been two out of 400, but it happens very often.”
UberEats said tips are reduced in only one per cent of orders while “closer to 10 per cent” see an increased tip after delivery. The company is testing new ways to “guard against deliberately misleading tipping,” its statement read.

But Ashley would prefer to not rely on customers tipping in advance. “I’m raised old school. You get tips for doing good service,” she said.

“In my opinion, I would just prefer the companies paid more.”