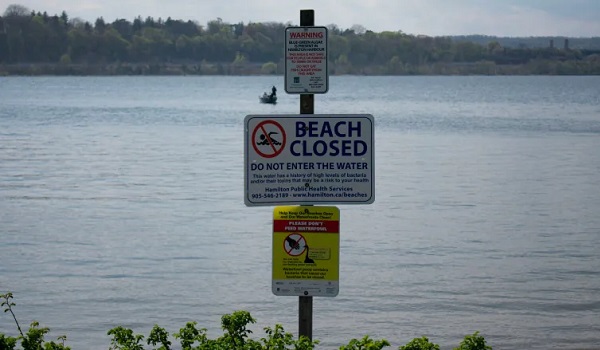 The City of Hamilton says it has just discovered sewage has been leaking into the Hamilton Harbour for 26 years because of a hole in a combined sewage pipe in the industrial sector.

Hamilton Mayor Andrea Horwath is calling for an investigation after city staff discovered a pipe has been dumping sewage into the local harbour for 26 years.

Horwath says she has asked the city auditor to be brought in after a preliminary investigation of the pipe leak uncovered Tuesday morning suggests a contractor put it there in 1996.

The city says the combined sewer pipe services about 50 properties, which have been flushing directly into the Hamilton Harbour.

It says city staff were doing separate maintenance work on Tuesday when they found the hole in a stretch of pipe near Burlington Street and Wentworth Street North.

In a statement, the city says it believes a contractor made the hole under the impression that “all pipes were storm sewers” designed to connect to the culverts spilling into the harbour.

Horwath says she’s been assured the risk to human health is “very low,” but she raised concerns about the spill’s environmental impacts.

It’s unclear how much sewage has spilled into the harbour.

Nick Winters, director of Hamilton Water, told reporters on Tuesday afternoon, “it’s going to be a big number,” adding the city will publicly release the number as soon as they have it.

What is impacted by the sewage spill?
City staff said the drinking water of Hamilton residents has not been affected by the newly discovered leak, but the spill will have impacted the environment of the harbour.

Some 50 homes are tied into this pipe, but he said the water used by those homes has been going into the lake.

Winters said staff are looking at the amount of water each home uses to find out how much sewage has ended up in the harbour.

He also said the leak should be “significantly less” sewage than the 24 billion litres of sewage that leaked into Chedoke Creek for four years — a leak which the city is still working on cleaning up.

How did the leak go unnoticed for 26 years?
The storm sewer outfall is always under water, so a sewage spill wouldn’t be easy to detect and or sample water from, Winters said.

He said the storm sewer is 2½ metres wide by 2½ metres deep.

Sampling from within the sewers itself also isn’t something that generally happens, Winters added, but the city launched its surface water quality program last year.

He said the Hamilton Water team was preparing to do other work, and while reviewing past records, they came across a consultant’s video from 2013 that showed unusual activity.

That led them to investigate and find out about the 26-year-old leak.

What is the city doing about it?
Winters said staff contacted the Ministry of the Environment, Conservation and Parks (MECP) Spills Action Centre at 12:20 p.m. ET Tuesday and reported it to the city’s spill reporting line.

There’s also a vacuum truck at the site as a short-term way to stop the flow of sewage into the environment, according to Winters.

The city said residents in the area can expect to see many trucks and other vehicles nearby as staff work to fix the problem.

Winters said it’s unclear how many resources it will take to fix the issue.

People in each province to get dif... 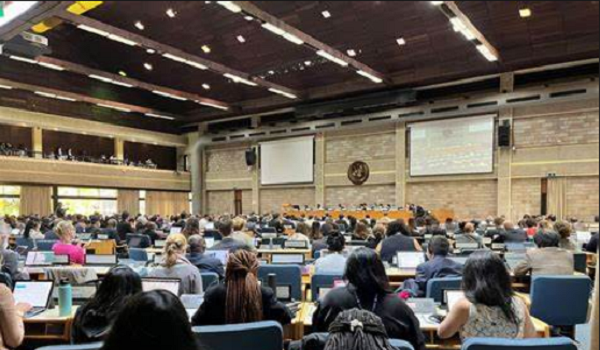 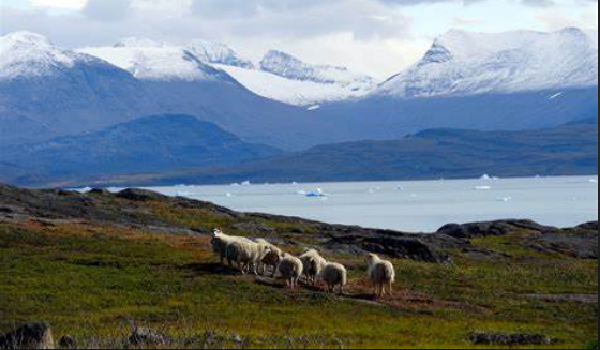