Trending News
HomeNews1‘It is grotesque to do this’: Critics slam Ford government’s plan for long-distance placements in nursing homes

‘It is grotesque to do this’: Critics slam Ford government’s plan for long-distance placements in nursing homes 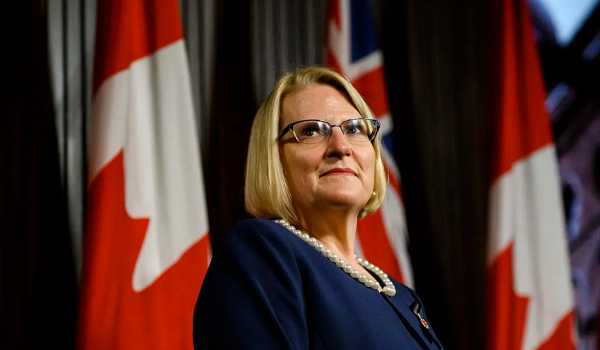 ‘It is grotesque to do this’: Critics slam Ford government’s plan for long-distance placements in nursing homes

Sue’s elderly mom has complex medical issues and depression, and is waiting for a long-term-care bed after being hospitalized in June.

But she’s under no illusions she’ll ever get into the nursing home she picked four years ago — despite what the Ontario government has promised under Bill 7.

“Of course, beds on her selected list are not available,” said Sue, who asked her last name be kept private over fear of repercussions for speaking out on the new legislation aimed at freeing up hospital beds for an expected surge of flu and COVID-19 this fall and winter.

Sue told the Star her story Thursday, a day after Premier Doug Ford’s government revealed the elderly can be moved to nursing homes not of their choosing as far away as 70 kilometres in southern Ontario and 150 kilometres in the north starting Sept. 21.

“When a patient’s preferred home is not available, they will continue to wait for a bed while receiving care in a more suitable place, such as another long-term-care home,” Health Minister Sylvia Jones and Long-Term Care Minister Paul Calandra said in a joint statement.

That paints a rosy but misleading picture given hundreds of elderly patients are waiting in hospitals for scarce nursing home beds — for which 39,000 people in Ontario are on waiting lists that average 171 days, said lawyer Jane Meadus of the Advocacy Centre for the Elderly.

“The preference is always going to be given to hospital patients” under Bill 7, Meadus warned at a news conference with the Ontario Health Coalition. “Once you get into this home that you’re forced into, you are not likely to be able to ever move into a home that you want.”

“They’re not going to live long enough,” she said of people like her mother, who was moved last month from hospital to a Toronto-area reactivation centre to await a bed in long-term care. The centres are mostly in former hospitals that have been repurposed to provide interim beds, freeing up space in overcrowded hospitals.

In an “appalling” development, hospital patients sent long distances to a nursing home not on their preferred list are “responsible for arranging and paying for their own transportation” according to new provincial guidelines, said Meadus, noting it could cost them hundreds of dollars for a medical transfer service.

The government maintains the system steering patients into nursing homes must be changed because some hospitals have between 10 and 30 per cent of their beds devoted to so-called alternate level of care patients — people who no longer require acute care but are waiting for beds in nursing homes, rehabilitation facilities, home care or community care.

Jones and Calandra say that is resulting in backlogs for beds that cause long waits in emergency rooms, lengthen wait lists for surgeries and other treatments already delayed by the pandemic.

Under Bill 7, anyone of any age refusing to leave hospital after being cleared for discharge to their homes or available care elsewhere will be billed $400 daily as an incentive to go.

Jones said she hopes 400 hospital beds can be freed up in the coming weeks as arrangements are worked out by hospitals with patients.

“These are conversations that are going to go one family at a time,” she said.

Two fears are on Sue’s mind as the “More Beds, Better Care Act” comes into effect.

They are that her mother will be moved as far away as Hamilton or east of Oshawa, with all of the heavy traffic that could involve, and that she could be moved to one of the homes they rejected for her late husband that were “substandard before COVID and had high rates of illness with COVID.”

“We have no interest in seeing our mother sent there,” Sue said.

Natalie Mehra of the Ontario Health Coalition, which is fighting Bill 7, told a news conference she has had calls from families who are “terrified” their elders will be moved far away, making it more difficult to visit them and leaving them isolated in their final months and years.

“These are human beings,” she added. “It is grotesque to do this.”

The Ontario Long-Term Care Association, representing a majority 627 nursing homes in the province, has repeatedly warned many facilities remain short-staffed in the wake of the pandemic, meaning they need more nurses and personal support workers to handle an influx of hospital patients.

Putting a priority on hospital patients for nursing home admission will result in elderly people in “crisis situations” in their own homes or living with relatives going to hospitals, predicted Interim NDP Leader Peter Tabuns.

“You are really not solving the problem,” Tabuns said.

“We’re creating an incentive for people to go into hospital because that’s the only way to get into long-term care,” she said.

There were 2,270 vacant beds out of 79,450 across the province in a snapshot of the long-term care system taken Aug. 24. The average length of stay in a long-term-care home is 18 months.