Trending News
HomeNews1Ontario Liberals need to remake their image. Is a fresh federal transplant the fix?

Ontario Liberals need to remake their image. Is a fresh federal transplant the fix? 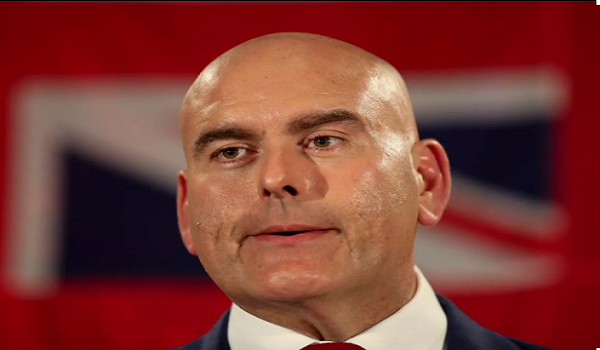 Ontario Liberals need to remake their image. Is a fresh federal transplant the fix?

Party diehards will plot their rebirth this weekend, pining for power after these last few years in the political wilderness.

No, I’m not talking about the federal Conservatives lining up behind Pierre Poilievre in Ottawa.

I’m thinking of Ontario’s luckless, leaderless Liberals, who are convening quietly in Toronto on the same day for a closed-door “Campaign Debrief.”

Ontario’s erstwhile governing party is in no mood to party this weekend. Which is why the formerly powerful but now forlorn Liberals are huddling humbly and privately.

After their humiliating third-place finish in the June 2 provincial election, party loyalists are looking for answers. And looking for leadership.

Four years ago, hundreds of Liberals met for a similar post-mortem where they vented against 2018 campaign manager David Herle and his team for winning a mere seven seats. Herle bore much of the blame for losing official party status, tuning out the grassroots, turning off young activists, and saddling the party with a $9 million debt.

Four years later, Liberals are still licking their wounds — albeit at a lower cost. Without Herle’s free-spending ways, the party has a much smaller election debt and there is a silver lining amid the dark clouds:

While they won only one more seat, the Liberals rose to a respectable 23.85 per cent of the popular vote (up more than four points) — edging out the NDP with only 23.74 per cent (down nearly 10 points). Arguably, the dismal seat count belies the underlying strength of the Liberal brand and voter base, if only it could attract a leader attractive enough to attract more support.

So far, no nibbles of note from Toronto-area talent.

Michael Coteau, who lost to Del Duca last time and then abandoned Queen’s Park to win election as an MP, isn’t about to come back. MPP Mitzie Hunter won’t say if she’ll attempt a comeback after finishing fourth in the last race.

The rap against them is they were both cabinet ministers in the last Liberal government of Kathleen Wynne, and are tarred by association with a 15-year party dynasty that outlived its welcome. For the Liberals to be reborn, they need a clean break from l’ancien regime.

Is the provincial party ready for a fresh federal transplant?

Frustrated backbenchers on Parliament Hill are flirting with the fantasy of finding new purpose at Queen’s Park: Nathaniel Erskine-Smith is an earnest but media-savvy gadfly; Arif Virani is a media-averse serial parliamentary secretary who can’t crack cabinet.

Former MP Navdeep Bains won’t rule out a run despite walking away from the cabinet job that others crave. Yasir Naqvi, a former provincial minister at Queen’s Park who long dreamed of the leadership — only to run federally — is going back and forth in his new Ottawa riding.

Against that backdrop, the field is wide open for an outsider to play saviour. One aspirant hoping to inspire the party is philanthropist and entrepreneur Mohamad Fakih, founder of the Paramount Fine Foods chain, who has a strong personal story to tell, if not yet an identifiable political vision.

While the Liberals are in the wilderness, the New Democratic Party is also rudderless while looking for new leadership. After losing her fourth general election in 13 years, Andrea Horwath quit the job on the same night as Del Duca.

Two provincial parties, two leadership races, zero buzz. Which is music to the ears of Doug Ford’s Tories, presiding over a divided and decapitated opposition after cutting both parties down to size in the seat count (while the Liberals gained a single seat, the NDP finished with nine fewer ridings).

For New Democrats, it is the calm before the convention, but the silence will soon be broken: the presumed front-runner and early starter will be Davenport MPP Marit Stiles, the party’s education critic and a former NDP staffer.

Another strong candidate would be Sol Mamakwa, who has emerged as the voice of Indigenous issues in the legislature (representing his Kiiwetinoong riding) and was promoted to deputy leader for his winning ways. Other MPPs toying with running include finance critic Catherine Fife (Waterloo), longtime unionist Wayne Gates (Niagara Falls), post-secondary critic Laura Mae Lindo (Kitchener Centre) and former Steelworker Jamie West (Sudbury) — but the best guess is that few will find the funding, union backing and caucus support to make the cut.

As with the Liberals, the NDP leadership race could benefit from an infusion of new blood from an outsider — preferably someone with a firm grasp of how to communicate with working people who are drifting away, wooed by populist politicians.

Before the rebirth, however, comes the reckoning.

For the Liberals, that starts this weekend. For the New Democrats, the leadership campaign kicks off within weeks and culminates with a convention next March.

With all eyes on Ottawa, let the heavy lifting and deep thinking start now at Queen’s Park.

Crown needs to apologize to Indige...