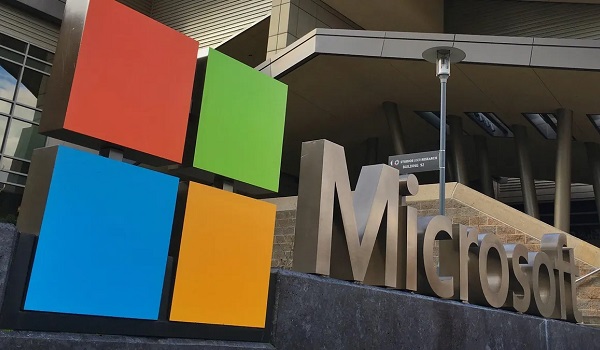 Microsoft is cutting 10,000 employees just as CEO Satya Nadella warns of a challenging two years ahead for tech companies, almost 5 per cent of its workforce, in response to “macroeconomic conditions and changing customer priorities.”

The company said in a regulatory filing Wednesday that had just notified employees of the layoffs, some of which will be notified today, but the entire 10,000 layoffs should be completed by the end of March. While Microsoft is making cuts, Nadella says the company “will continue to hire in key strategic areas.” Affected US employees will receive “above-market severance pay,” healthcare coverage for six months, continued vesting of stocks for six months, career transition services, and 60 days’ notice prior to termination.

The company said it will also be making changes to its hardware portfolio and consolidating its leased office locations.

“While we are eliminating roles in some areas, we will continue to hire in key strategic areas,” Nadella said. He emphasized the importance of building a “new computer platform” using advances in artificial intelligence.

He said customers that were accelerating their spending on digital technology during the pandemic are now trying to “optimize their digital spend to do more with less.”

“We’re also seeing organizations in every industry and geography exercise caution as some parts of the world are in a recession and other parts are anticipating one,” Nadella wrote.

Microsoft currently has more than 220,000 employees, and this latest round of layoffs affects about 5 percent of its workforce. These cuts are also significantly larger than the 1 percent cut Microsoft made to its workforce last year.

In Nadella’s memo, he also reveals the company is taking a $1.2 billion charge in its Q2 earnings that are due next week. The charge is “related to severance costs, changes to our hardware portfolio, and the cost of lease consolidation as we create higher density across our workspaces.”

Microsoft is due to announce its fiscal 2023 second quarter earnings on January 25th, and the cuts and $1.2 billion charge clearly foreshadow some missed revenue targets in parts of Microsoft’s business. Microsoft ended its 2022 fiscal year with $198 billion in revenue and $83 billion in operating income — and with its Microsoft Cloud surpassing $100 billion in annualized revenue for the first time.

This round of cuts is one of Microsoft’s largest ever, topping the 5,800 reduction in 2009 and second to the 18,000 positions that were cut in 2014. But that 2014 reduction was shortly after Nadella had been appointed CEO and involved axing around 12,500 former Nokia employees.

Other tech companies have also been trimming jobs amid concerns about an economic slowdown.

Amazon said that it will be cutting about 18,000 positions. It’s the largest set of layoffs in the Seattle company’s history, although just a fraction of its 1.5 million global workforce.

Facebook parent Meta is laying off 11,000 people, about 13% of its workforce. And Elon Musk, the new Twitter CEO, has slashed the company’s workforce.

This article was reported by AP and Verge.