Trending News
HomeNews1More than 120,000 federal public servants to vote for strike on 13.5% wage raise over 3 years 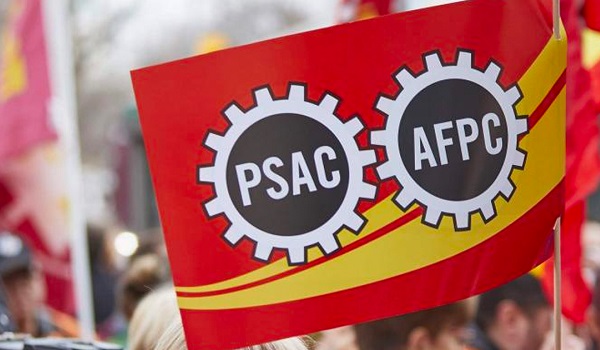 The Public Service Alliance of Canada (PSAC) has announced it will hold strike votes for another 120,000 federal public servants, just two weeks after taking the same step for 35,000 taxation employees.

The union says talks have broken down with the Treasury Board for four more bargaining groups over the same issue: proposed wage increases that are outstripped by the rate of inflation.

“We need to hold the line on fair wages that will prevent you from falling further behind as the cost of living increases,” PSAC National President Chris Aylward said in announcing the strike votes, which are scheduled to begin Feb. 22 and continue for almost two months.

It’s the latest move in what has been an acrimonious few months as PSAC and the Treasury Board square off over wage demands and a return-to-office mandate that requires civil servants to return to their traditional workplaces two or three days a week.

The union is seeking a 13.5 per cent raise over three years for its four main bargaining units — at 4.5 per cent a year — while the government has offered 8.5 per cent over four years.

In a message to PSAC members Tuesday, Aylward called the government’s wage offer insulting and said it’s asking PSAC members “to take a big pay cut” after public servants stepped up during the pandemic to help Canadians.

“Instead of showing their appreciation for workers at the bargaining table, all we’ve seen from Treasury Board is total disrespect and disregard for the issues that matter most to PSAC members,” Aylward charged.

To add insult to injury, Aylward said, the government imposed a flawed return-to-office plan on public servants even as the issue was being negotiated in contract talks.

Treasury Board President Mona Fortier has said the government has the right to decide where public servants work, and has rejected the union’s call to make telework the subject of collective bargaining.

“Going on strike is never our first choice and it doesn’t mean we’ll automatically call one,” Aylward said. “But securing a strong strike mandate from our membership shows we’re willing to fight and will give us the leverage we need to reach a fair and decent contract. And if we need to take job action to get the collective agreement you deserve, then that’s exactly what we’ll do.”

Aylward “strongly urged” PSAC members to give the union a strike mandate.

The strike votes are scheduled be completed by April 18.

According to federal regulations, a public service union can only go on strike seven days after the release of a Public Interest Commission report on unresolved bargaining issues.

The commission, established under the Federal Public Service Labour Relations Act, becomes involved after an impasse is declared at the bargaining table. A three-person panel listens to briefs from both sides and issues a report with non-binding recommendations about how to move contract negotiations forward.

To date, the commission has issued a report with respect to only one of the four bargaining units — the Technical Services group — but the other three are expected to be published within the next month.

The commission’s report on the Technical Services group said the two sides remain “far apart” with more than 100 bargaining proposals that have yet to be agreed upon, including wages.

PASC, which is one of Canada’s largest unions, announced a strike vote among its 35,000 Canada Revenue Agency workers earlier this month as well. The vote, which comes ahead of tax filing season, is set to take place between Jan. 31 and April 7. It says workers have been without a contract for more than a year, with talks held previously over wages and remote work.

The Canada Revenue Agency specified has also filed an unfair labour practice complaint against the bargaining unit for its employees, saying it has “(failed) to observe its duty to bargain in good faith and duty to make every reasonable effort to enter into a collective agreement.”

When combined, the 35,000 CRA workers and the 120,000 Treasury Board workers make up 165,000 federal employees, which is roughly half of the staff of the 335,957 employees working with the federal public service.

Part of the article was reported by Global News.

Canada to guide the peace process...