Trending News
HomeNews1Ontario education workers fix Dec. 5 to discuss government deal either to accept or not

Ontario education workers fix Dec. 5 to discuss government deal either to accept or not 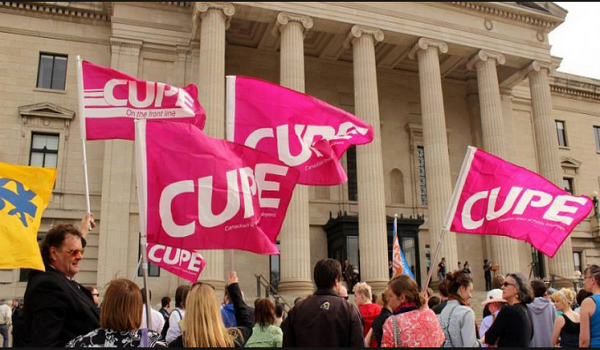 Ontario education workers fix Dec. 5 to discuss government deal either to accept or not

Ontario education support workers will have until early December to decide whether or not to accept a new contract with the provincial government.

In a statement issued late Tuesday, the Canadian Union of Public Employees (CUPE) said their approximately 55,000 members will vote online as to whether to ratify the tentative agreement starting Nov. 24.

They will have until Dec. 5 to make their choice and the results will be released on Dec. 6

“To allow members time to review and process the details of this tentative agreement, we will not be commenting further until the ratification vote results are released,” the union said.

The union had previously said that voting would be complete by this weekend. It is unclear why the deadline was changed.

A tentative agreement was reached between the union and the Ontario government late Sunday—a decision that averted a province-wide strike scheduled for the following day.

CUPE has said the agreement provides a $1 flat rate hourly wage increase for all workers, which would equate to about a 3.59 per cent annual increase on average.

Education Minister Stephen Lecce went further to say the deal provides the union’s lowest paid members with a “significant pay increase” of about 4.2 per cent annually.

“It’s a significant increase from where we started and it’s what we set out to do, to help the lowest paid workers but all workers do benefit from this deal and frankly all families and taxpayers benefit by having stability for children,” he said on Monday.

In a letter to members, the union said the bargaining committee also secured repayment for the two days workers participated in a political protest due to Bill 28—legislation that not only mandated a contract onto workers but also made it illegal for them to strike.

“This is a particularly appropriate achievement, one that recognizes that you should not have had to do that just to maintain Charter-enshrined bargaining rights you always had,” union president Mark Hancock said.

Bill 28 was rescinded following the two-day protest in exchange for CUPE returning to the bargaining table.

The government is labelling the deal as a “win, win, win”; however Laura Walton, president of CUPE’s Ontario School Board Council of Unions (OSBCU), does not feel the same way.

Speaking to reporters after the tentative agreement was announced, Walton said they made the decision to put the deal to members after it became clear the government was not going to move any further.

She said that while the wage offer was higher than what was previously mandated by the government, there was still no new money for more services or staffing.

“Basically, what we’ve been told by this government is that they are not willing to budge any further. We are bringing to our members to have the vote,” she said, adding that she didn’t like the deal.

“I think it falls short.”

If CUPE members choose not to ratify the deal, both parties will have to return to the bargaining table.