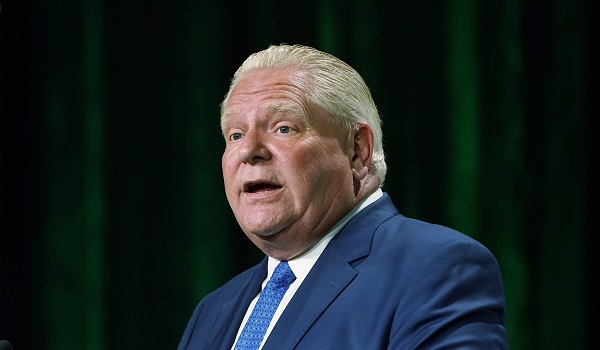 The next chief magistrates of Toronto and Ottawa will be “strong mayors” under a new law passed by Premier Doug Ford’s Progressive Conservatives.

Using their parliamentary majority, the Tories on Thursday rammed through the Strong Mayors, Building Homes Act, giving the mayors of Ontario’s two largest cities sweeping powers over municipal budgets and the hiring and firing of senior city staff.

The bill, which passed with a vote of 74-31, was expedited in order take effect following the Oct. 24 municipal elections. The New Democrats, Liberals, and Greens voted against it.

After that, only a two-thirds vote of city council could overrule a “strong mayor” on matters deemed a “provincial priority,” such as affordable housing, transit, highways, and other infrastructure.

Critics fear the law will weaken local democracy by limiting the influence and authority of councillors.

But the Tories insisted the legislation would help them meet their target of building 1.5 million homes in Ontario over the next decade.

While the new powers are limited to the mayors of Toronto and Ottawa, Ford has said other large cities, such as Mississauga, Brampton, Vaughan and Hamilton, would gain similar authority before the 2026 municipal elections.