Trending News
HomeNews2Organ donations are declining: 68% Canadian would like to become a donor

Organ donations are declining: 68% Canadian would like to become a donor 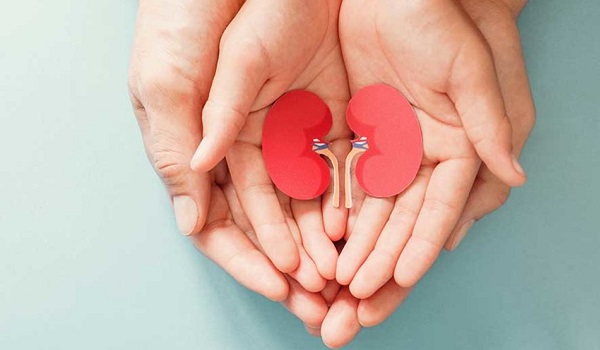 Organ donations are declining: 68% Canadian would like to become a donor

Canadians support organ donation after death but fewer are registering for the practice, leaving hundreds of people dying while on waitlists each year.

To combat the trend, the federal government passed Bill C-210 in 2021, allowing provinces and territories to add the option of signing up for organ donation when filing taxes.

Ontario and Nunavut recently opted into the legislation.

“What it does is it makes people aware, and it allows the government to contact them with more information about organ donation in their province,” Dr. Lori West, scientific director of the Canadian Donation and Transplantation Research Program, told CTV’s Your Morning on Monday. “Part of the reason we think that organ donation is not as optimal as it could be is that people don’t learn about it, they don’t hear about it, they don’t think about it or talk about it.”

Specific organs, like the heart, lungs, liver, kidneys, pancreas, small bowel and stomach can be donated after death in Canada, both for research and to people needing a transplant.

The Canadian Institute for Health Information says organ transplants decreased 14 per cent between 2019 and 2020, with the highest decrease in pancreases and lungs. Those needing liver transplants had the highest fatality rate on the waitlist, as of December 2020.

By allowing the government to add organ donation information and sign-up in tax filings, more people will be exposed to the need for donations.

“We see the increasing number of people who have end-stage kidney disease, lung disease, heart disease, who aren’t able to find a donor because there just aren’t enough around,” she said.

About 84 per cent of Canadians support the donation of organs and tissue after death, the poll by Research Co. reads, but only 68 per cent say they would become a donor themselves.

The Canadian Blood Services says, every year, 4,100 Canadians wait for an organ transplant, with hundreds dying without ever receiving one. The organization says about 1 to 2 per cent of people who die can be considered for organ donation.

In 2021, for each organ-specific transplant that happened, 2.3 patients were waiting for a pancreas, followed by 1.8 people waiting for a kidney, reads the Canadian Institute for Health Information website.

West says advances in technology and medicine are allowing more people to live while waiting for transplants.

“There are now techniques to sustain those individuals on various types of support for longer,” West said. “That adds them to the waiting list of those who are needing transplants to ultimately save lives.”

In 2021, only 652 Canadians were removed from the organ transplant waitlist, of these 38 per cent died while waiting.

Nova Scotia took organ donation a step further by requiring people to opt out of organ donation. The legislation, which came into effect January 2021, asks people to register their decision to donate all or specific organs after death, or to opt out. If no action is taken the organs and tissue will be donated under “deemed consent” of the Human Organ and Tissue Donation Act.

“Nova Scotia is the only jurisdiction in North America to have enacted that kind of consent program,” West said. “It’s a bit too early to see yet what the impact is going to have.”

While most Canadians consent to donate after they die, it’s possible to donate organs while you’re still alive. Living donors who are the age of majority and in good health can donate:

Register to donate and you could: