Trending News
HomeNews1Ottawa police officer who had sex with a distressed teen, pleaded guilty and resigned.

Ottawa police officer who had sex with a distressed teen, pleaded guilty and resigned. 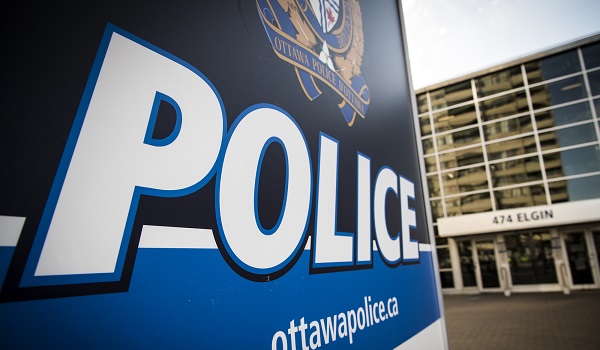 Ottawa police officer who had sex with a distressed teen, pleaded guilty and resigned.

The former Ottawa police officer who resigned and pleaded guilty to breach of trust last Friday had sexual relations with a 19-year-old in distress while he was on duty, both in his patrol vehicle and her apartment, the same night she ended up in the officer’s charge and in hospital, court records show.

In an Ottawa courtroom on Friday, Sundeep Singh pleaded guilty to breach of trust and a charge of sexual assault was withdrawn. He also tendered his resignation from the Ottawa Police Service, which was “accepted and immediately processed,” the force announced that day.

The agreed statement of fact filed in court states Singh was one of four officers dispatched to the 19-year-old’s aid after she left a party intoxicated and walked home in early February 2021, not suitably dressed for the cold weather.

After losing feeling in her feet and beginning to have thoughts of self-harm, she called a children’s help line she was familiar with, which then called police to her aid, the statement reads. No officers were assigned to follow up with teen Singh, who was on a midnight to 8 a.m. shift, was the first of the officers to arrive in a marked police SUV.

The officers determined she wasn’t suicidal but required medical help for potential frostbite and hypothermia. The 19-year-old teen waited in Singh’s patrol vehicle for the ambulance to arrive, and their interaction there was “professional and courteous,” according to the statement.

Paramedics arrived, transferred her to an ambulance and took her to The Ottawa Hospital’s Civic campus. None of the officers went with her, none were assigned to follow up with her, and all were directed to clear the call to be available for other assignments, the statement reads.

The teen was treated at hospital but the attending physician wouldn’t clear her to leave. She left anyway, was pursued by hospital staff and returned “against her will.” After later being cleared to leave, she declined the taxi offered by the hospital and decided to walk to her residence, the statement reads.

Chatted about her ‘ongoing mental health issues’ Singh called her cellphone not long after she left and, surprised to hear she wasn’t in hospital, asked where she was. She told him, and at about 4:15 a.m. he arrived to pick her up and offered to take her home, which she accepted.

“As they drove … they chatted about her ongoing mental health issues and her relationship history,” the statement reads.

They wanted to keep talking when they arrived, so Singh parked in a lot nearby. “Their conversation became more personal and flirtatious. [She] suggested that Singh come from the front seat to sit in the back seat with her, but he declined,” the statement reads.

He asked if she had any photos or videos of her that he could see, and she showed him nude images on her phone. He added his contact information to her phone with an uppercase S instead of his name, the statement reads.

Singh then touched her sexually through an opening in the plexiglass partition to the back seat, and they stayed there for half an hour before he drove to her residence, walked her to her door and left, according to the statement.

The teen realized she left her phone in Singh’s vehicle. As she was getting ready for bed, “she heard someone speaking to her housemate and came out to find Const. Singh, who had returned with her phone.” She invited him into her bedroom, where they had intercourse, the statement reads.

Ontario’s police watchdog, The Special Investigations Unit (SIU) charged Singh in October 2021 after it received an allegation of sexual assault on Feb. 9, 2021.

The SIU said it had allegedly occurred a few days earlier, on or about Feb. 5. According to Ottawa police board documents, Singh was one of the officers hired in the force’s December 2017 class of 14 recruits.

The police service said it had intended to pursue its own disciplinary charges and terminate Singh’s employment at a Police Services Act hearing, but that was rendered unnecessary with Singh’s resignation.