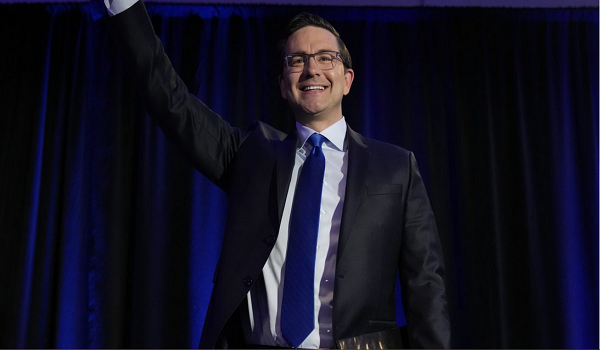 The executive director of Ontario’s Progressive Conservative party is making a leap to the federal level.

Mike Crase, who has run the PCs since 2018, has been hired to run the Conservative party,according to the Star

It’s the latest staffing change made by Pierre Poilievre as he nears the end of his first week as federal leader.

He’s also changing the entire board of the Conservative Fund, the organization charged with raising and spending the party’s money.

The new chair of the board will be Robert Staley, a longtime Poilievre ally.

Among its new members is Tony Clement, a former MP and cabinet minister, who also helped run Poilievre’s campaign.

When Clement made his own attempt at running for leadership of the federal party in 2017, Crase was among his campaign organizers.

Crase became the executive director of the party after Patrick Brown resigned the leadership in 2018. He stayed on as Doug Ford took over the party and then led it to victory in two elections.

Crase isn’t expected to start in the job until after the Ontario PC fall convention later in October.

He’s replacing Wayne Benson, who was hired by interim party leader Candice Bergen in her own reorganization of party headquarters earlier this year.

That Poilievre would replace him was expected. Staff in the party’s headquarters were told during a call late Friday night by the party’s president, Rob Batherson, sources told the Star.

Although Poilievre is slowly putting into place his team in the House of Commons — he announced his deputy leaders and other members of his inner circle earlier this week — getting the party apparatus, itself, in fighting shape is seen by many to be more important.

After two general elections and three leadership races in five years, there’s concern the party has fallen behind its rivals in areas such as voter ID.

With Poilievre’s prowess in attracting hundreds of thousands of new members to the party, keeping them engaged and motivated will be crucial to continue the momentum for the next general election.

Quebec senator already out of Tory...