Pre-construction buyers show concerns about being unable to close deals 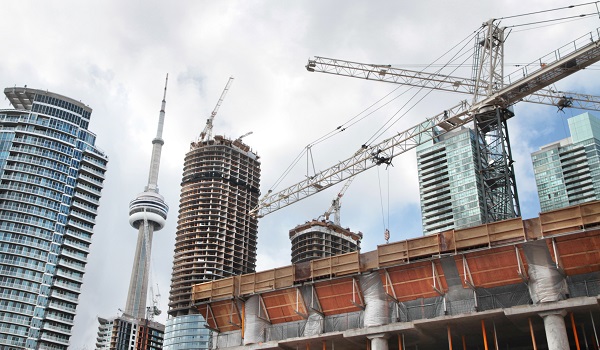 Pre-construction buyers show concerns about being unable to close deals

Toronto housing market continues to struggle amid the Bank of Canada’s aggressive campaign to hike interest rates, as buyers are increasingly worried they’re unable to close their purchase agreements due to significantly higher interest rates.

Some realtors have noticed a rise in inquiries for what are known as assignment sales — a legal transaction in which the original pre-construction condo buyer transfers the rights and obligations of the purchase agreement to another buyer.

Calls from concerned buyers have doubled in the last few months for Simeon Papailias, managing partner of Royal LePage’s REC Canada, as many are wondering if they can get out of a purchase agreement with the developer.

New condo units are typically sold before a building is constructed, and sometimes years before buyers get the keys to their homes.

“We’re seeing a huge increase in inquiries from people due to fear and instability in the market place,” he said. “We’re getting inquiries from clients about whether they should get out of a deal or if they should just hold on to the property and close it.”

But a more troubling sign for buyers, who have chosen to go the assignment sale route, is that it’s becoming increasingly difficult for assignment sales to even close, said Ron Butler, mortgage broker of Butler Mortgages.

Typically, investors will buy a pre-construction property then try and sell it before closing to make a profit. For example, if they bought the pre-construction condo for $500,000 and the market value of the condo is $700,000 when they decide to sell, they’ll off-load it for slightly less — this gives incentive for a new buyer and the property owner still makes a profit.

But now, condo prices have dropped almost $90,000 in the GTA since the February 2022 peak. That means buyers who bought since the pandemic hit might have to sell the property for much less — and lose money, Butler said. Still, it’s better than losing the 20 per cent deposit paid to the developer.

Realtor Jordan Scrinko, of precondo.ca, a website portal for pre-construction projects in Canada, said several of his clients have expressed concerns about being unable to afford their pre-construction investment, which many purchased when interest rates came in at under two per cent.

After seven lending rate hikes in 2022, the BOC’s policy interest rate is now at 4.25 per cent. Mortgage rates have risen drastically, with the Bank of Canada having raised its overnight lending rate seven times in 2022 to help cool inflation. From March 2022 to January 2023, mortgage rates went from historic lows of 1.5 per cent, to over six per cent.

In order to obtain a mortgage, all buyers must pass a stress test that determines how much they can afford to borrow and pay each month if interest rates go up. The minimum qualifying rate is either the benchmark rate of 5.25 per cent or the rate offered by a lender plus 2 per cent, whichever is higher.

Last month, Scrinko and his team worked with roughly 70 clients who had purchased-pre-construction units in two large Toronto condominium developments.

“Everyone successfully closed, but it was a lot of work. … There was a lot of putting out fires,” he said, adding in some cases clients used private lenders to complete their deal.

“There were definitely some clients who came to us to liquidate their units before closing,” he said, adding that he and his team always advise buyers to do everything possible to hold on to their investment.

Scrinko said buyers who purchased pre-construction condos to flip them in assignment sales – a practice in which a purchase agreement is effectively sold before a building is even completed – are now finding themselves barely breaking even or even losing money.

Like Scrinko, Ara Mamourian, a broker and the managing director of The Spring Team Real Estate, said some of his clients have also begun inquiring about how they can get out of their developer purchase agreements.

Mamourian said it is OK for buyers who are closing soon to feel concerned about how they’ll be able to afford their pre-construction property.

“A lot of people are very scared about interest rates, but they can still close. … There are so many options out there in one way or the other to not lose a property,” he said

“Most people should do whatever they can to complete the deal. My number one advice is to do whatever you can to hold on to a property. Your future self will thank you.”

Mamourian said this especially applies to those in the Toronto market, where the average price of a home across all property types has now declined by 9.2 per cent year-over-year.

“I’m expecting good news from the Bank of Canada, maybe not (an interest) rate drop, but I think there will be a halt to the hike cycle, hopefully by March,” he said.

“We’ve seen worse times in the (housing) market. … In the grand scheme of things, the market as a whole will be okay.”

Research from Urbanation has suggested that a record 32,000 new condominium units will be completed in the GTA in 2023.

Mamourian, whose firm does roughly 20 per cent of its business in pre-construction condos, said people who invested in the market with a long-term intention of holding, moving in, or renting it should be in good shape.

However, those who purchased this type of property to make a quick buck without fully understanding what they were getting into, could face some challenges, he conceded.

“There are some people who are in a lot of trouble and are going to lose money in this market now,” he said, adding in many cases those buyers put their faith in a “bad apple” agent who did and said whatever it took to make a deal.

Nonetheless, Mamourian said he doesn’t expect there will be a flood of cases like this.

“We aren’t seeing scenarios where a huge chunk (of a property) can’t close,” he noted, adding in a 500-unit condominium there may be 15 or 20 units that a developer takes back and sells again once the market improves.

Dave Wilkes, the president and CEO of the Building Industry and Land Development Association (BILD), said many buyers who purchased a pre-construction unit two or three years ago are understandably stressed when it comes time to close as the market has “quickly and dramatically” changed so much since then.

He said he wants to see changes made now to stabilize this segment of the housing market, including adjustments to the stress test.

“The stress test was put in place when (interest) rates were much lower. Now that the interest rates are up, the stress test is really redundant,” he said, noting rates are currently at or near their peak and aren’t likely to climb much higher.

Secondly, Wilkes said the BOC needs to not overshoot its market cool down targets by rising interest rates too high.

“We don’t want to see the market soften too much. That’ll lead people to stop buying and developers to stop building because there’s not enough demand,” he said. “There are a lot of unintended consequences.”

And it’s even worse for people who bought pre-construction detached homes in the pandemic.

If they bought in the middle of 2021 for $1.5 million and need to close in September 2023, detached homes will likely be valued by lenders at $1.1 million, Butler said. Those buyers will find themselves unable to get a mortgage big enough to cover the purchase price, and that mortgage will be much more expensive than they might have expected back in 2021 when rates were low.

“They will need a mountain of cash to make up for that $400,000 shortfall and that’s a genuine danger for some people,” Butler said. “If they can’t close, the builder will seize the deposit and sell it for whatever he can get for it because he needs to clear his inventory.”

Butler said builders seizing pre-construction properties could happen more in the last half of 2023 and 2024.

If people who bought pre-construction can’t find a new owner with an assignment sale, renting could be an option, as rents have skyrocketed in the GTA. But even with higher rents, it likely can’t cover increased property tax, condo fees and mortgage payments, Butler said.

Part of the article was reported by CP24.

Toronto ranked among the top 10 wo...

10 Toronto intersections with the...