RBC: Ontario must spend a lot on renewable energy to avoid shortage 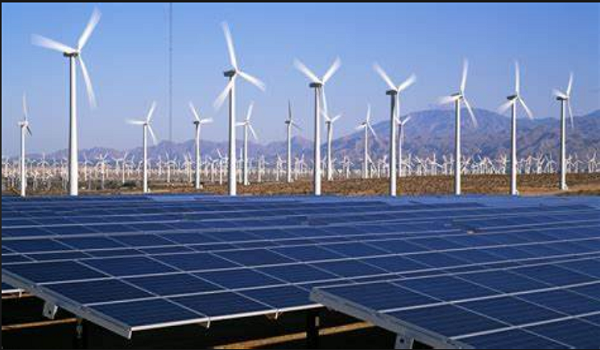 RBC: Ontario must spend a lot on renewable energy to avoid shortage

Ontario is facing an electricity shortage and needs to expand its grid rapidly with renewables to lay the foundation for a green economic future, says the head of the country’s biggest bank.

“Our premier is doing a great job selling Ontario as a manufacturing hub, selling us as a green place to manufacture,” said RBC president and CEO David McKay.

“But we don’t have an electricity grid that’s green enough. So we’ve got to figure out how fast we’re going to green the grid.”

In a meeting with the Star’s editorial board Tuesday, McKay said Canada’s transition to a net-zero economy will require bold leadership from the private sector and government in a way that hasn’t been seen since the Second World War. The effort will require an estimated two trillion dollars of investment and cannot succeed without carbon-emission-free electricity.

“The provincial government, OPG, will have to buy. They’re in the market for kilowatts. Do you partner with Quebec and expand James Bay? Do you think about nuclear?” he asked. “These are big long-term decisions that have — as we saw in Germany — very significant consequences. We do have to start making decisions because we’re running out of power.”

McKay referenced the current gas crisis in Europe, where Germany’s decision a decade ago to shut down its nuclear plants and rely on imported Russian gas to generate electricity has come back to bite, now that Russia has all but cut off its gas supply. German officials have been scrambling to purchase gas wherever possible and are backsliding on their efforts to green the grid by reactivating carbon-intensive coal-fired power plants.

In Ontario, where Premier Doug Ford spent more than $200 million to cancel hundreds of renewable-energy projects in 2018, the province is facing an impending electricity shortage and needs to rapidly build new generation. Since the federal government will soon enact regulations to require net-zero electricity from coast to coast, the province now has to catch up on four lost years when virtually no new renewables were brought online.

Last month, the province awarded five-year generation contracts, less than 10 per cent of which went to renewables.

“We can accept a lot more electric vehicles, but we’re going to have to grow the grid and that’s maybe gas in the short term before we get to longer-term nuclear or hydroelectric solutions. The sequencing decisions make a big impact on the journey that we need to start talking about.”

McKay suggested that the federal government has a role to play in kick-starting a renewable-electricity investment spree.

“I think money helps, at the end of the day,” he said. “The federal government could say: ‘We’re going to earmark some of our infrastructure funding to building a grid in each province.’”

Because of the geographies and economies unique to each province, the grid will take a different form in each, but the provinces cannot make these investments alone, said McKay. “You give them money. They’re struggling budget-wise.”

“There’s money in the trough and it won’t be there forever. So you allocate a certain piece of this — as the U.S. government just did — as an incentive for the public and private sector to either use it or lose it, and people start making decisions.

“I would. You’ll start to see the public sector and the private sector all over it. That’s why the Americans have got the momentum going now and that’s how we bridge the gap.”

Not all Ontario school boards have...