Retailers to pass the burden of credit card fee to customers 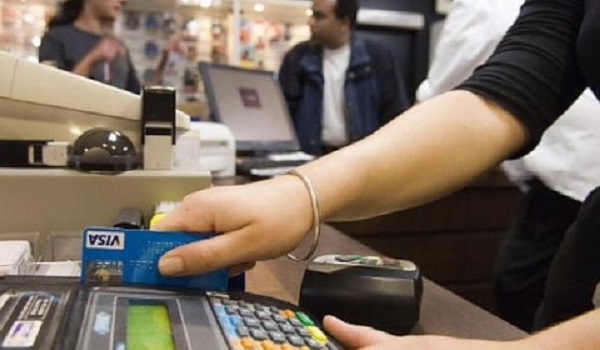 Retailers to pass the burden of credit card fee to customers

It’s a big cost in the grocery business, which already operates on razor-thin profit margins, but as of next Thursday, the chain of four upscale Toronto grocery stores could choose to pass the “swipe” fees along to customers as a surcharge.

That’s an option McMullen said she cannot take. “It’s not something that you can pass on to your customers. They would go somewhere else,” she said. “It would be another reason for them to go to the big chain rather than the independent.”

As part of a settlement this year of a class-action lawsuit over what are known as interchange fees, Visa and Mastercard agreed to let Canadian merchants apply an extra fee at checkout for the use of credit cards under either of their brands. That change goes into effect next week.

But some small business owners and advocates for retailers say this is not a workable solution to the problem they face when customers pay with plastic, specifically credit cards. (Retailers say the cost of offering debit as a payment option is much lower.)

“Telling retailers to charge customers? That’s not an answer. That’s not anything,” said Giancarlo Trimarchi, managing partner at Vince’s Market, an independent chain of four grocery stores near the GTA.

Instead, they want the federal government to live up to a promise it has made for years, starting with the 2019 election campaign, to reduce credit card transaction fees.

Ottawa has said it wants to ensure small businesses pay similar rates as large businesses (that in some cases have negotiated lower rates with the credit card companies). It held a consultation last year on lowering the average overall cost of such fees for merchants.

The consultation wrapped up in December, but small business and retail lobby groups worry that momentum on the issue has died.

“The government has put this file on hold for many years despite repeated promises to small business owners that they’re going to do a further reduction in credit card processing fees,” said Dan Kelly, CEO of the Canadian Federation of Independent Business. “This file seems to be very much at the bottom of the government’s priority list at the moment.”

The two major credit-card companies, Visa and Mastercard, set interchange fees — these vary depending on the type of credit card and can be significantly higher for premium cards associated with reward points programs — but the issuing banks also get a portion of the fees paid by merchants.

In 2020, under a voluntary deal with the federal government, the credit card companies agreed to drop the cost of consumer credit card transaction processing fees to an average of 1.4 per cent (this came down from 1.5 per cent under a previous voluntary agreement).

But as credit card use for payment soared during the pandemic, when consumers spurned cash and purchased more online, retailers say that’s still a hefty price to pay.

As a rough estimate based on the total volume of credit card transactions in 2020 (about $570 billion, according to Payments Canada), merchants would have paid almost $8 billion in credit card processing fees.

The retail lobby groups say those numbers were likely even higher in 2021 as the economy recovered after the first year of the pandemic and consumers resumed travelling, dining out and other spending.

“We’ve continued to push for further reductions (in the interchange rate) particularly because we saw such a massive migration away from cash as a result of the pandemic,” said Gary Sands, senior vice-president at the Canadian Federation of Independent Grocers.

“The volume of payments (with credit card) has increased so significantly that it’s just eroding the bottom line of many businesses.”

The 2022 federal budget said consultations on the topic continue but the lobby groups say they have not heard anything further from Ottawa.

“The government is committed to lowering the cost of credit-card fees in a way that benefits small businesses and protects existing reward points for consumers,” Adrienne Vaupshas, a spokesperson for Minister of Finance Chrystia Freeland, said in an email.

In the meantime, passing on a surcharge to customers will likely be a tough sell for many businesses as Canadians grapple with the effects of soaring inflation.

“We’ve never seen surcharging as the solution to this problem,” said Karl Littler, senior vice-president at the Retail Council of Canada.

There have long been exceptions to the previous prohibition on surcharging. For example, some public institutions such as universities and utilities have been able to impose fees for credit card use.

Telecom provider Telus recently told customers it plans to charge a fee for payments made by credit cards and Littler said he could also see it working for smaller merchants who have ongoing and face-to-face relationships with customers, who might sympathize with the costs the businesses incur.

“But I don’t see it working at scale,” he said. “I don’t expect there will be broad adoption of surcharging by Canadian merchants.”

Kelly said the CFIB does support retailers having the option but suspects uptake will be limited. He said a poll of 3,914 CFIB members conducted in early September indicated 19 per cent of respondents plan to use the new power.

A Visa spokesperson said the company is not in favor of surcharges, stating in an email, “We believe that the simplest, most economically efficient and consumer-friendly approach is for merchants not to impose surcharges on consumers for using their cards.”

Emilija Businskas, vice-president, communications for Mastercard in Canada, said the option to charge customers a surcharge will give merchants flexibility.

On the broader issue of interchange fees, Mastercard “remains committed to building a strong, innovative payments system in Canada,” she said. “This includes our voluntary agreement with government which brings a thoughtful approach to the cost of acceptance for all.”

Mathieu Labrèche, a spokesperson for the Canadian Bankers Association, declined to comment.

Economists: Canada may face a wage...