Trending News
HomeNews1Starting next month the use of virtual pediatric clinic will have to be paid for by Ontario parent : Reason

Starting next month the use of virtual pediatric clinic will have to be paid for by Ontario parent : Reason 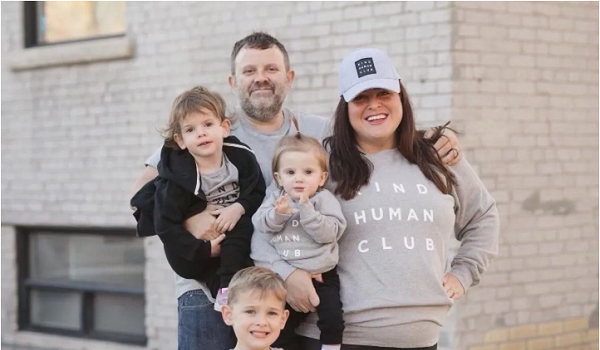 Starting next month the use of virtual pediatric clinic will have to be paid for by Ontario parent : Reason

Province cutting its fees for virtual care on Dec. 1
Parents and health-care experts are speaking out after learning an online pediatric service that’s helped keep sick children out of overflowing Ontario hospitals will no longer be free starting next week due to provincial fee cuts.

KixCare, a clinic that offers on-demand, round-the-clock pediatric care, is making the move as the province is set to cut the fees it pays pediatricians for virtual visits by 75 per cent, from $80 to $20 per patient on Dec. 1.

The clinic, which saw patients without a referral, will instead offer a paid monthly subscription that will cost parents $29 a month.

“This is just not the right time, if ever, to bring in these cuts,” said Dr. Harley Eisman, co-founder and chief medical officer at KixCare, which saw 20,000 patients virtually in the past year, according to its co-founder and CEO Daniel Warner.

The cuts come as children’s medical centres across the country, such as Toronto’s Hospital for Sick Children, are grappling with climbing hospital admissions due to COVID-19, flu and respiratory syncytial virus (RSV). Some patients are waiting up to 12 hours to be seen, according to data obtained from SickKids. And some parents say they have nowhere to take their child as their family doctor or pediatrician will not see a patient in-person if they have symptoms of COVID-19.
Virtual fee cuts ‘deplorable,’ parent says

Leah Littlepage said the service has helped her 16-month-old daughter stay out of the emergency department at least four times this past year.

“It’s deplorable that the funding for this program is being cut at the exact same time the pediatric hospitals are being overrun,” said Littlepage, who lives in Ottawa.

She said when she heard KixCare would become a pay-per-access service because of the new reduced pediatrician fees “my heart dropped.”

“Mommy groups are flooded with parents seeking medical advice from each other because they don’t have anywhere else to turn.”
Matthew Kantor, a father of three children aged two, four and six, says the clinic has been “critical” for his family.

“The service has given us doctors who work at SickKids and this has been hugely beneficial for us … [They] have done really good diagnostic work just through video conferencing,” said Kantor, who lives in Toronto.

Kantor’s youngest son was diagnosed with Myhre Syndrome, a degenerative condition that affects the connective tissue in the body.

“My son is in and out of SickKids more than once a month due to his condition … we’ve seen very long wait times, we’ve seen overflow queues and it’s really because parents don’t have options.”
Eisman said eight or nine out of 10 patients KixCare sees virtually were able to get the correct method of care and had a positive outcome.

Dr. Aviva Lowe, a Toronto pediatrician who consulted on KixCare, is urging the provincial government to maintain access to virtual care for all children in the province.

“Pediatricians by and large will no longer be able to offer virtual visits for patients with whom there’s no pre-existing relationship or referral because the cuts are so substantial that it’s not tenable to continue that type of care,” Lowe said.
“It’s highly inequitable for people who already have a physician or have a referral to a physician to be able to continue to access virtual care in the manner that they deserve,” she said.

“Whereas those who are already disadvantaged by not having their own doctor or timely access to their own doctor … are going to suffer the most from the cut.”
Virtual care ‘intended to complement’ in-person care: province

The Ministry of Health said it had reached an agreement with the Ontario Medical Association “on the implementation of the virtual-care framework within the new Physician Services Agreement.

“Throughout this process, the ministry has taken a patient-first approach to ensure that Ontarians will continue to have access to the care they need, when they need it,” the ministry said in a statement.
“Virtual care is intended to complement in-person care, not replace it,” the reads.

“This approach has resulted in meaningful changes for virtual care that ensures a positive patient-physician relationship is fostered.”
Daniel Flanders, owner and executive director of the Kindercare clinic in Toronto, said he understands the Ontario government is trying to stem the tide of virtual-only clinics and encourage doctors to provide comprehensive ongoing care to patients.

But the province is running the risk of “throwing the baby out with the bathwater,” Flanders said.

“The changes that are coming down the road, which [are] really going to severely limit access to primary care, especially for patients in areas where they don’t have a primary care provider … there will be patients who suffer because of it.”

Cost of building the Ontario Line...