The details of new Canada Dental Benefit, as revealed by Liberal government 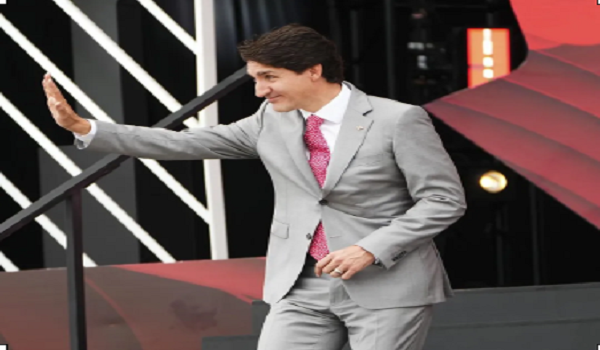 The details of new Canada Dental Benefit, as revealed by Liberal government

The federal government has introduced legislation to enact its recently announced cost-of-living plan by offering some Canadians help with dental care for children and one-time boosts to the housing benefit and the GST tax credit.

The government said that, when combined, the three measures amount to $4.5 billion in financial support targeted at low- and middle-income Canadians — and $3.2 billion of it is new money in addition to measures announced in the budget.

The first stage of the Canada Dental Benefit — for children between the ages of two and 12 — is expected to provide dental care to 500,000 children at a cost of close to $1 billion.

Health Minister Jean-Yves Duclos described this first step on dental benefits as an “interim” measure. He said the program will be expanded in the coming years and the government hopes it will work in concert with provincial plans.

“This interim Canada Dental Benefit is just a start,” he said. “While this temporary benefit is in place, our government will be taking the necessary steps to build a comprehensive, longer-term dental care program.”

Earlier this year, the Liberals and New Democrats struck a deal committing the NDP to voting with the minority Liberal government in the House of Commons on confidence votes until June of 2025. In exchange, the government agreed to meet a number of policy benchmarks along the way.

That deal committed the government to the goal of expanding the dental program to include those under 18 by next year, and all Canadians who qualify by the end of 2025.

Beginning later this year — according to information about the program released Tuesday — children under 12 with family incomes of less than $70,000 a year will be able to qualify for up to $650 per year in dental coverage for the next two years.

The Liberal government says that this first stage of the Canada Dental Benefit will roll out once the enabling legislation passes through Parliament.

Once it does, parents will be able to apply to the Canada Revenue Agency (CRA) directly for the benefit, either through the CRA’s “My Account” or through a CRA contact centre.

To get the benefit, parents and guardians have to attest that their child does not have access to private dental care and that they will use the benefit to pay for dental services.

Applicants will have to prove that they have a child in the eligible age range and that the family income fits into the correct range. Parents are also required to provide CRA with their employer’s information.

People using the program also have to provide the CRA with the name of the dentist and the date of the appointment. They must retain their bills for the work done in case CRA asks them to verify that it took place.

Families that provide false information, can’t provide receipts or don’t use the money for dental care could face a maximum fine of $5,000.

The benefit is to cover the cost of a dentist’s services, but in remote communities where dentists may be in short supply, some services by dental hygienists can also be covered.

The federal government says that it came up with the annual maximum claim amounts by calculating the cost of various dental services for children.

Once a person receives the benefit, they must use it to pay for dental services — but if the services in that year cost less than the total benefit amount, the recipient is not required to return what remains.

The Liberal government also introduced legislation to provide a one-time boost to the 1.8 million renters in Canada who are struggling with the cost of living.

Canadians will be able to apply for both the dental and the housing benefit as soon as Bill C-31 passes through Parliament.

The Liberals also introduced Bill C-30, which will provide financial assistance to the roughly 11 million Canadians who currently receive the GST tax credit.

Since the government announced the broad strokes of these measures earlier this month, critics have claimed that injecting more money into the economy now runs the risk of contributing to inflation.

“After two years of warnings by the Conservatives, the Trudeau government still doesn’t have a plan to fix inflation,” Conservative Leader Pierre Poilievre said in a statement Tuesday.

Associate minister of finance Randy Boissonnault dismissed that charge Tuesday, saying that the measures in the affordability plan target Canadians who do not have the money they need to make ends meet.

“We’re talking about $3.2 billion in new spending against a whole economy that’s about $2.6 to $2.7 trillion,” he said. “This is like throwing a stone in the lake — the lake doesn’t flood.”

Canada immigration to fill over 50...

Things you need to know on Canada&...