The US MARKET TODAY – Midday Overview for September 28 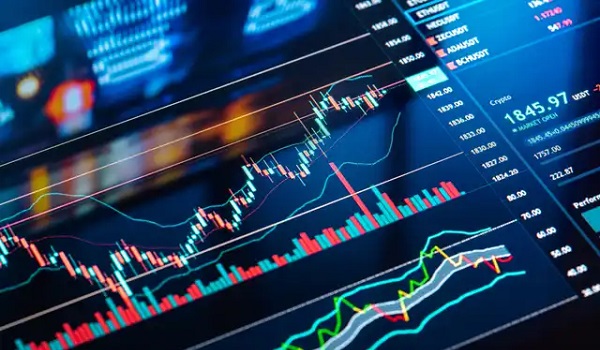 The US MARKET TODAY – Midday Overview for September 28

What the Analysts are saying
Analysts are most sure they’ve found 10 S&P 500 stocks will the most upside for the coming rally, including Dish Network (DISH), Generac Holdings (GNRC) and Caesars Entertainment (CZR), says a report from FactSet. All 10 of these stocks are expected to jump by 65% — or more — over the next 12 months.
And the next 12 months could be key to S&P 500 investors, if analysts are right. They’re collectively calling for the S&P 500 to jump nearly 30% over the next twelve months, says John Butters, earnings analyst at FactSet. To be exact, analysts think the S&P 500 will trade for 4,724.28 by this time next year.
Some are hoping the market is oversold and “the kind of backdrop that’s needed for a solid bounce,” said Quincy Krosby, Chief Global Strategist for LPL Financial. “Rates inching lower, coupled with the dollar easing, provided a textbook scenario to entice traders, and maybe even long-term buyers.”

Have the S&P 500 Analysts suddenly taken possession of some Crystal Balls?
It’s probably tempting to chalk up analysts’ bullish views to blind hope. After all, the S&P 500 is down more than 23% this year — landing it squarely in bear market territory.
But history gives analysts something to stand on. October is often the month when bear markets (or near bear markets) die, says Ryan Detrick, chief market strategist at Carson Group. Six of the past 17 bear markets since World War II ended in the tenth month of the year, he says.
Most recently, the oh-so-close-to-a-bear market that slammed the S&P 500 by 19.4% starting in April 2011 ended on Oct. 3, 2011, Detrick found. October is traditionally known in investment circles as the as a bear market killer so if tradition is proven right this October and the month kills the 2022 S&P 500 bear, the following analysts favorites (see table at the bottom of this post) may be worth adding to your watchlist.

Analysts Dish Out Their Favorite S&P 500 Stock
If you just want to cut to the top pick, analysts’ No. 1 favorite is Dish Network. The satellite television service’s stock has been pummeled this year by more than 56%. New competition for network connectively hasn’t helped.
But no matter. Analysts still think the company’s stock should be worth 32 a share in 12 months’ time. If they’re right that would mark implied upside of 127%. That’s the biggest jump analysts foretell among any of the stocks in the S&P 500. It’s hard to see much of a fundamental reason for the rally immediately. Analysts think the company’s profit will plunge nearly 30% this fiscal year. And in fiscal 2023 it’s not much better. Analysts are calling for a 24% profit drop in that year.

Now to Las Vegas
Many meme investors piled into gaming stocks late last year hoping for business to recover in 2022. And business did improve, just not as fast as many thought.
As a result, Caesars, which runs more than 50 casinos in the U.S., has seen its shares tumble a crushing 65% this year. And the company is still expected to lose a massive amount of money this year: more than $519 million on an adjusted basis. But analysts see the luck turning around. Analysts are calling for the company to make 57 cents a share on an adjusted basis in fiscal 2023. And profit is to rise another 450% in fiscal 2024.
And that’s probably why analysts feel comfortable calling Caesars a 72-dollar a share stock in 12 months. If they’re right, that nearly 119% in upside.
Even less speculative is the 91% gain analysts see coming for generator maker Generac. With all the flooding expected in Florida this month, and more high waters in general due to global warming, analysts think the stock will trade for 345 in 12 months. That’s 91% implied upside. That’s a welcome sight for a well-run company with shares down nearly 50% this year.
Are analysts fooling themselves? Possibly. But if the bear finally dies in October, expect some of these S&P 500 stocks to get some attention.

Could Canadian investors count on...