Trending News
HomeBusiness & FinanceThe warning labels for beer, wine and liquor are necessary, but will they add up to another burden for the industry?

The warning labels for beer, wine and liquor are necessary, but will they add up to another burden for the industry? 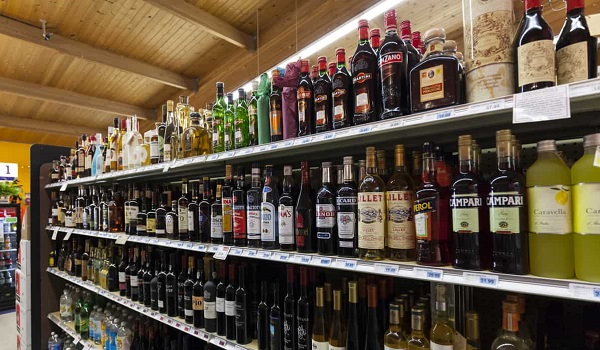 The warning labels for beer, wine and liquor are necessary, but will they add up to another burden for the industry?

The Canadian Centre on Substance Use and Addiction is calling on lawmakers to add warning labels to liquor bottles and containers to help you better understand how much alcohol you’re consuming relative to the risks.

Alcohol has been classified as a Group 1 carcinogen (carcinogenic to humans) for decades by the International Agency for Research on Cancer. It’s right up there with tobacco and asbestos. Alcohol is also a top cause of preventable cancer after smoking and obesity.

In a report released Monday, made possible through a financial contribution from Health Canada and open to public feedback for four weeks, the centre is recommending labelling be added to alcoholic beverages clearly outlining the number of standard drinks in a container, in addition to health warnings and nutrition information.

The centre argues Canadians need “consistent, easy-to-use information at the point of pour to track their alcohol use in terms of standard drinks,” adding “they also have a right to clear and accessible information about the health and safety of the products they buy.”

The report details the potential health consequences of alcohol use, ranging from colon or breast cancer to heart disease, even in small quantities. The centre is recommending people limit their consumption to two drinks or fewer per week to avoid health risks, with three to six drinks per week marking the range that increases your risk of illness.

Carolyn Hurst, chair of Ontario Craft Wineries and owner of Westcott Vineyards, said the wine industry has long been “advocates of moderation.” While the industry is conscious of the potential negative health impacts of alcohol use, Hurst said adding additional labelling could be an “administrative burden” on Ontario’s wine makers.

“It’s extremely important the industry be consulted on any new regulations or obligations,” she said.

Alcohol policy expert Mark Hicken, president and CEO of Alca Intelligence, said he’s in favour of “labelling information that is factual and that provides useful context for consumers,” including information such as the standard number of drinks in a container.

However, Hicken said health-risk labelling “is a contentious issue,” given conflicting results from various studies into alcohol risks. “It is my view that it would be difficult to generate label statements that would be fair if they go beyond advocating for moderate consumption,” he said.

The report pulls evidence from more than 5,000 peer-reviewed studies and aims to update Canada’s alcohol guidelines with the most recent health evidence.

In a news release, Alexander Caudarella, CEO of the Canadian Centre on Substance Use and Addiction, said the organization wants “people in Canada to have the latest evidence-based advice on alcohol to support them in making informed decisions about its use.”

Ken Wong, marketing faculty with the Smith School of Business at Queen’s University, told the Star he expected such labelling would be less effective than those that already exist on tobacco and cannabis products.

Tobacco products, he said, have front-and-centre labels that smokers see every time they pull out the package, or if they leave it on a table.

With liquor, some may decant their products into different containers or order a drink at a bar, where they might not be exposed to labelling at all.

“My suspicion is it would not deter consumption,” Wong said. “It won’t hurt, but it probably won’t have a great effect.”

Canada has seen the use of liquor warning labels before, though the practice has not been federally adopted. In 2017, Yukon affixed warning labels to alcohol products as part of a federally funded study. The labels were used for a month before backlash from alcohol brands led to their removal.

It’s not a secret, but it may as well be. Few Canadians know the truth, and few may want to hear it: Alcohol, any amount of alcohol, can cause cancer. There is no safe amount, and the calls to inform Canadians are growing.

“Even drinking one drink a day increases your risk of some cancers — including, if you’re a woman, breast cancer — but also cancers of the digestive system, the mouth, stomach,” said Tim Stockwell, a senior scientist with the Canadian Institute for Substance Use Research at the University of Victoria.

“The risk increases with every drink you take.”

Warning labels on alcohol are standard in some countries.

Labelling about the risk of drinking during pregnancy is required in Australia, and the U.S. introduced similar warning labels in 1989. The measure is also recommended by the World Health Organization as a way to inform consumers about possible health risks.

Is it too late to start saving and...