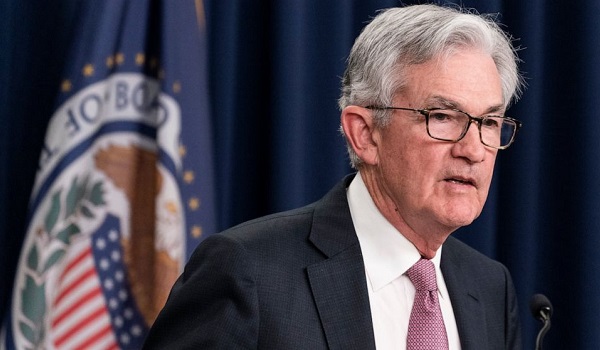 The Federal Reserve raised its benchmark interest rate by three quarters of a percentage point in its latest move to get ahead of runaway inflation.

The decision by the U.S. central bank was in line with what economists were expecting, although there was some thought that the Fed might hike by even more — a full percentage point.

Instead the Fed raised its trend-setting rate by 75 basis points for the third time in a row. The Fed’s rate is now at its highest point since 2008, and policy-makers are signaling they aren’t done yet: officials forecasted that they will boost their benchmark rate to roughly 4.4 per cent by year’s end, a full percentage point higher than they had forecast in June.

That aggressive path for rates speaks to just how big a problem policy-makers think inflation is. Inflation rates have roared to multi-decade highs around the world in recent years, prompting a range of actions by central banks to get it under control.

At a press conference following the decision, Fed chair Jerome Powell made it clear that the central bank is not afraid to keep rates where they are, or go higher, for as long as it takes to rein in inflation.

“They want to be very confident that inflation is moving back down” before contemplating cutting rates again,” he said.

The Fed’s move will make it costlier to take out a mortgage or other forms of loans — and no doubt cool consumer spending in the process. The Fed is trying to cool down inflation without sparking a recession, and pulling that off may be difficult, said Desjardins economist Royce Mendes.

“With the Fed laser-focused on containing inflation, there’s now a greater likelihood that … their aggressive actions will result in a recession,” he said.

Stocks initially turned negative following the announcement before bouncing back as Federal Reserve Chairman Jerome Powell spoke to the press.

Some MPs hope for a more civil ses...