Wall Street slips as US Fed rate to increase 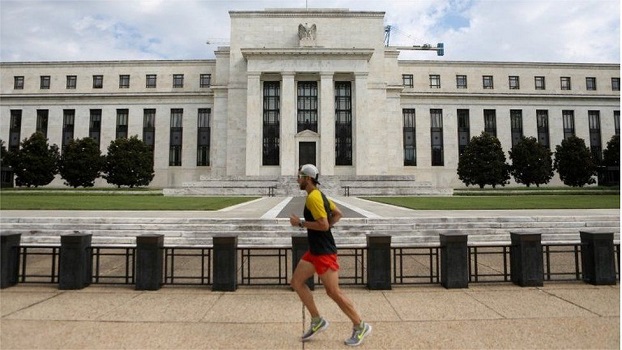 Wall Street slips as US Fed rate to increase

Just three months later, the Fed is poised to do the same thing again — for the third consecutive time. 3 quarter interest rate increase this Wednesday that was considered outsized and outlandish until recently has become a bizarre new baseline with inflation showing few signs of improving. What no one knows yet is whether this new status quo means the bank will push too hard, sending the economy toppling into recession.

When the Federal Reserve first raised interest rates by a whopping three-quarters of a percentage point in June, Chair Jerome H. Powell said the hike was an “unusually large one.”

“I do not expect moves of this size to be common,” Powell said.

The Fed is still dashing to catch up to inflation. The pandemic has chucked nearly every playbook, and it continues to cloud policymakers’ understanding of what’s happening in real time. After misjudging inflation for much of last year, the Fed is now scrambling to hoist rates from historic lows, and get its benchmark rate high enough to where it slows growth and consumer demand. So far, the supersized interest hikes haven’t been enough to show the progress central bankers want.

But that ramped-up response also means a ramped-up risk that the economy could soon be dragged into a recession. Rate hikes of any size operate with a lag, and already the Fed’s moves are driving up mortgage rates and causing economists to downgrade their forecasts for growth. But the full weight of the Fed’s massive hikes still won’t be felt until later this year or 2023.

Stock markets slid early Monday, with major indexes all down as trading opened.

The S&P 500 (.SPX) and the Nasdaq (.IXIC) logged their worst weekly percentage drop since June on Friday as markets fully priced in at least a 75-basis-point rise in rates at the end of Fed’s Sept. 20-21 policy meeting, with Fed funds futures showing a 15% chance of a whopping 100 bps increase.

While Canada’s main stock index was up in late-morning trading, boosted by strength in the base metals sector. The S&P/TSX composite index was up 37.73 points at 19,423.61. The Canadian dollar traded for 75.30 cents US compared with 75.27 cents US on Friday.

Fed officials are starting to acknowledge the hazards of moving at such a torrid pace. In a speech this month, Fed Vice Chair Lael Brainard said that “at some point in the tightening cycle, the risks will become more two-sided,” noting uncertainty around the time it takes for tighter monetary policy to filter through the global economy. Richmond Fed President Tom Barkin told the Financial Times this month that he prefers “moving more quickly, rather than more slowly” on raising rates, “as long as you don’t inadvertently break something along the way.”

For now, though, bank officials show no signs of backing down. They’re reiterating the message that they will stomp out inflation, even if it brings pain for families and businesses or harms the job market.

For weeks, the markets have priced in a third 0.75 percentage point hike at the Fed’s September meeting, set to take place Tuesday and Wednesday. That seems all but guaranteed now that August inflation data came in unexpectedly hot, especially for core items like housing and food.

Wall Street recoiled over the inflation report last Tuesday, with the Dow Jones industrial average nosediving more than 1,200 points on fears that the Fed would have to keep up with its supersized hikes. The markets slumped through the rest of last week, too. The report also spurred speculation among some economists and market analysts that the Fed should hike by a full percentage point this week.

Diane Swonk, chief economist at KPMG, said a full-point hike should be on the table, since the Fed’s credibility is on the line. But she acknowledged that wouldn’t come without consequences.

“Even though here I am arguing for an even bigger increase, the real issue is rapid increases themselves are destabilizing,” Swonk said.

Historically, the Fed has moved slowly and deliberately, inching rates up or down by a quarter of a percentage point. Exceptions include major emergencies such as the Sept. 11 attacks or the financial crisis that started the Great Recession. And indeed, at the start of the coronavirus pandemic, the Fed slashed rates to near zero as part of its sweeping rescue.

Last year, the Fed held off on raising rates at all, with officials saying the inflation that was bubbling up would be a temporary feature of the covid recovery. That was wrong, and the Fed ultimately hustled to start raising rates this March. It is now on track to push rates past the “neutral” zone of roughly 2.5 percent, where rates don’t slow or juice the economy, and into “restrictive territory” that dampens consumer demand and gets inflation down. This week’s expected hike would get rates between 3 percent and 3.25 percent, and rates are expected to climb to at least 4 percent by the end of the year.

“There is an element of — panic is one word, a realization of how far behind you are is another,” said Julia Coronado, president of MacroPolicy Perspectives and a former Fed economist. “But it is a dangerous moment because everybody globally, all central bankers, seem to be jumping on the same bandwagon.”

Indeed, the Fed’s supersized hikes could pack that much more of a punch as the world’s major economies ramp up their inflation fight at the same time. On Thursday, the World Bank said that the global economy may be edging toward recession as central banks from Australia to Europe tighten policy. Already, economic growth is slowing across the United States, Britain, Europe and China. And while the Fed’s policies are strengthening the dollar, poorer nations could quickly suffer the consequences, as higher rates push up the cost of financing debt or importing goods for countries that borrow in dollars.

The grim reality, however, is that pain in the United States and abroad may be necessary to rid the economy of its biggest problem. Kaleb Nygaard, an expert on Fed history and host of the Reserve Podcast, compared the economy to a forest, and the Fed to park rangers who sometimes have to set small fires to clear out unwanted underbrush.

“This time around, rangers are trying to do more controlled fires, trying a lot harder not to burn down so many trees,” Nygaard said. “But they’re nervous that the interest rate hikes they’ve done so far haven’t slowed inflation enough. These large interest rate hikes are like the rangers loosening the reins on the fire and letting them burn just a little bit hotter and a little bit wider.”

“The underbrush is proving tougher to get rid of than they had hoped,” he added, “which means they may have to sacrifice more trees than originally hoped to clear the forest.”